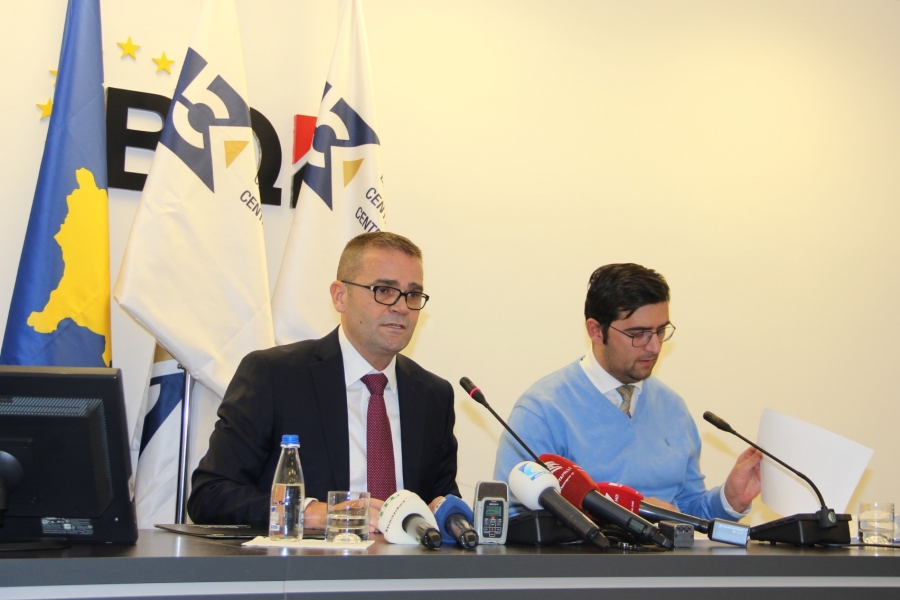 Today, December 6, 2019, the CBK Executive Board, based on the competencies guaranteed by Article 36 paragraph 1, subparagraphs 1.11 and 1.12, and Article 67 paragraphs 1 and 2 of the Law on the Central Bank of the Republic of Kosovo and in accordance with Article 105, paragraph 1, subparagraph 1.10 of the Law on Banks, Financial Institutions and Non-bank Financial Institutions, has decided to revoke the registration and initiate liquidation proceedings for the microfinance institution "Iute Credit Kosovo" J.S.C and for the non-bank financial institution "Monego".

Through its licensing policy, CBK continually aims to provide the best conditions for access to finance in Kosovo, enabling operation in our financial market only to the institutions that contribute to the stability and development of the financial system and, consequently, the sustainable economic development of the country.
On this basis, the CBK had licensed the two aforementioned institutions, which in the documentation through which they applied, and based on which they were granted with a license to operate in Kosovo, they provided their plans for how they plan to develop it their activity in Kosovo.
However, during these years of operating in our market, these institutions have consistently deviated from their business plans, based on which they received licenses to operate in Kosovo, bringing our market to something other than what they had promised.
The most significant and disturbing deviation from their business plans, on the basis of which they granted the license, relates to the interest rates that these institutions have applied to the loans, which have resulted to be multiple times higher with the norms that these institutions had foreseen in the loan application documentation, which represents a very important element in the decision-making process for approving licenses for financial institutions.
The interest rates applied by these institutions are beyond any standard, whether compared to the projections of these institutions themselves, or in relation to the interest rates on loans applied by other financial institutions in the country.
The CBK has consistently tried to push these institutions through the foreseen administrative measures to address these problems, but they have not been successful due to unwillingness of these institutions to undertake the necessary corrections.
For this reason, we estimate that these institutions have failed to deliver the expected results to our market and, on the contrary, with their activity they have jeopardized the solvency of borrowers and thus have jeopardized the financial stability of the country.
The Central Bank of the Republic of Kosovo is committed to create conditions to increase sound competition in our financial market, enabling a fair competition between financial institutions, which provide increased access to finance and improving the conditions of access to finance, but will never allow the operation of those institutions that do not comply with the country's regulatory and legal requirements, and which take advantage of the difficult financial conditions in which part of our population can be found, by providing services that impoverish them even more and make their lives even more difficult.
We are aware of the responsibilities we have in relation to the national security of the country, and therefore we remain committed that within our area of responsibility, in co-operation with all other relevant authorities, not to allow any activity that could compromise our national security.