The Governor of the CBK, Fehmi Mehmeti, at the high level International Conference with the topic “Risks and Opportunities in a Dynamic Financial Sector - Development Perspective”, which is being held in celebration of the 20th anniversary of the establishment of the CBK, stated that "the CBK has made great progress in all pillars of its activities, establishing a modern payment system and providing efficient cash supply services to the economy; financial regulatory framework in line with international standards and advanced supervisory capacities; qualitative statistics and economic and financial analysis that provide decision-makers and the public with a proper understanding of developments in the country's economy; and has consistently shown high efficiency in delivering banking services to the Government and citizens”. 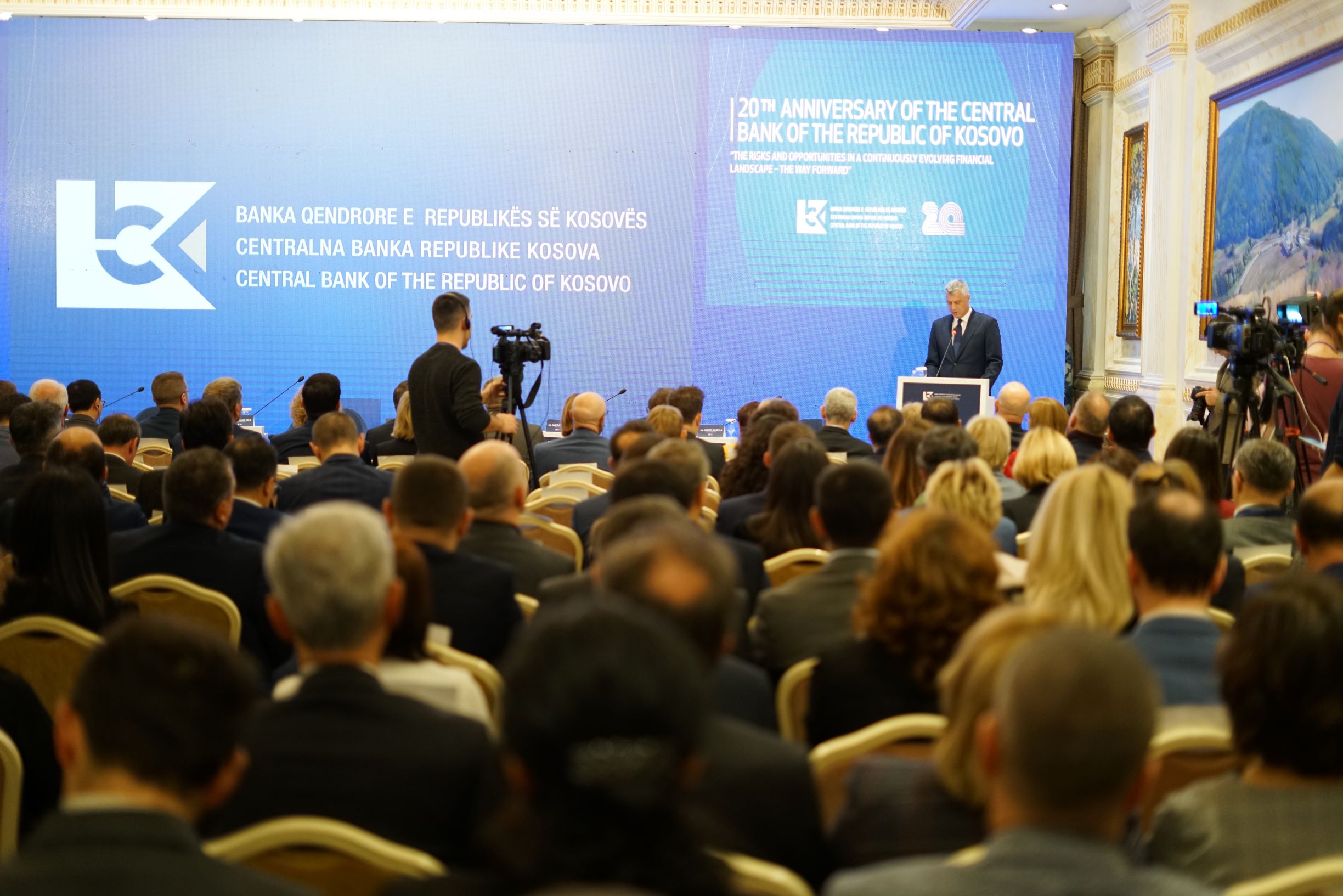 Governor Mehmeti mentioned that without the assistance of local and international institutions the success that the CBK has achieved to date would not be possible.On the other hand, the President of the Republic of Kosovo, Hashim Thaçi, stated that the Central Bank of the Republic of Kosovo has achieved great results by enabling Kosovo to have a modern payment system in a sound banking system. “At first glance it seemed like a small step, but it was really a big step, because it laid the foundations of a sound banking system. On this occasion I must thank all our international founders and partners, and in particular the International Monetary Fund for the technical assistance they have provided. With the declaration of Kosovo's independence and the adoption of the relevant legal packages, a new era began for the CBK and for the economic development of the Republic of Kosovo.

Since then, the CBK has achieved great successes, resulting in continued economic growth, financial stability, a modern payment system, financial regulation and development of advanced supervisory capacities”, said President Thaçi.Whereas, Deputy Director of the International Monetary Fund, Tao Zhang, said that the CBK has made an impressive progress over these two decades.