The Governor of the Central Bank of the Republic of Kosovo, Fehmi Mehmeti, and the Mayor of Prishtina, Shpend Ahmeti, inaugurated the CBK's additional offices.
Governor Mehmeti said that the inauguration of these offices is taking place on the 30th anniversary of the declaration of 2 July, which was also the starting point for efforts for independence and strengthening the state of Kosovo.

“The financial sector is constantly growing, so this necessarily imposes on us the need to increase the capacity of the Central Bank. As of today, these offices are functional and enable the CBK staff to have better working conditions and all of this thanks to the understanding, cooperation and support of the Mayor of Prishtina. I also take this opportunity to thank the Municipal Assembly for supporting the Mayor's initiative", stated Governor Mehmeti. 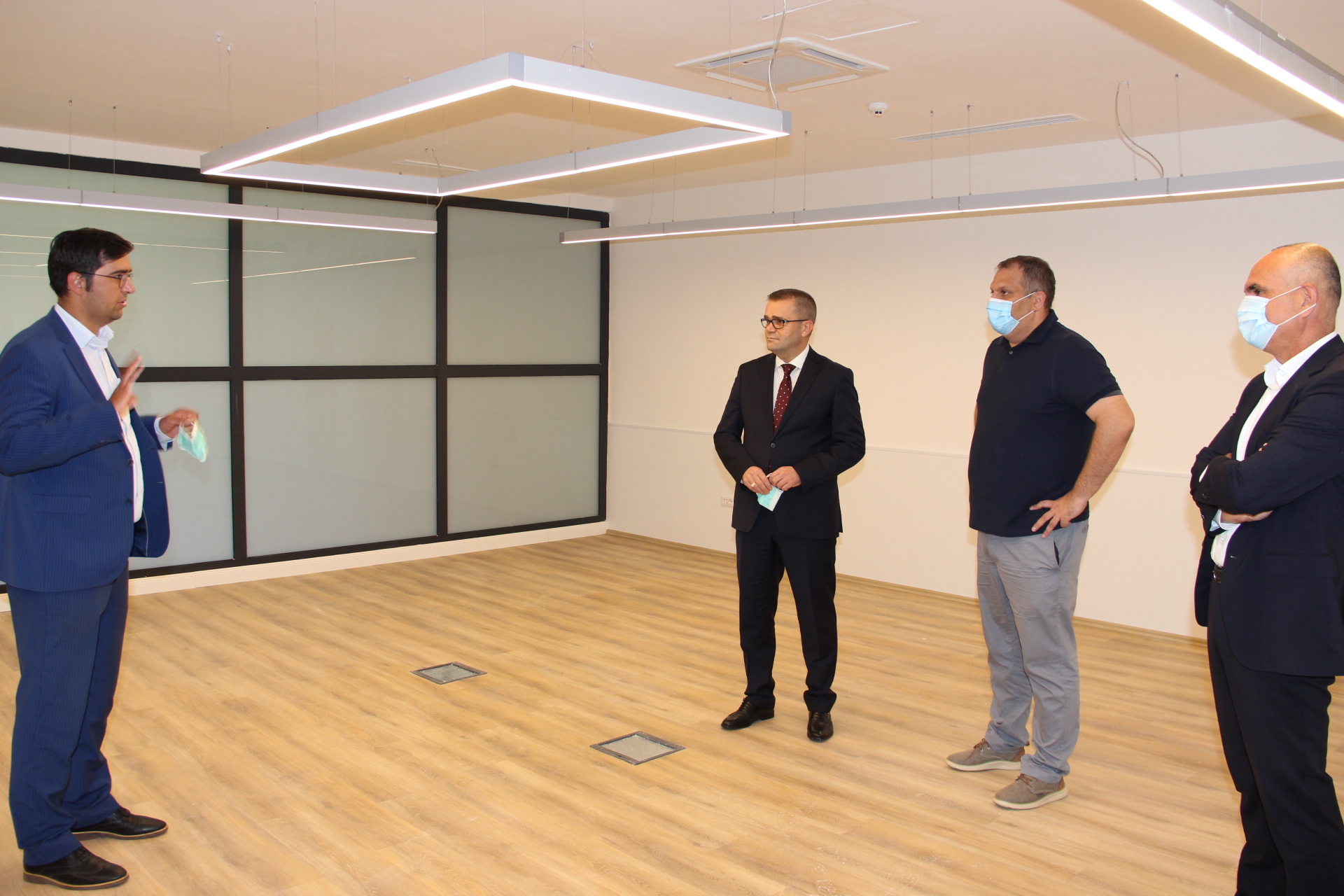 On the other hand, the Mayor of Prishtina, Shpend Ahmeti expressed his satisfaction for this project where the value of the facility has increased through investments.

“The Central Bank of the Republic of Kosovo is one of the most important institutions for us, and it has been a nearly 3-year discussion with the request to initially build a floor on top of the Central Bank, for which we have formed a commission with the Faculty of Architecture and experts who have recommended not to build another floor because it would change the image of one of the facilities that is mostly presented in the photos of Prishtina. Then we went with the other solution, the property owned by the Municipality of Prishtina where the Directorate of Infrastructure was placed for many years, and we have decided to offer the facility that has been with a lot of problems to the Central Bank, which has also increased the value of the facility of the Municipality of Prishtina, because this building is no longer just a dark corner with many problems, now it remains as representative as is the CBK", stated Mayor Ahmeti.

The number of staff that will be placed in these offices will be 60, while the value of the investments made reaches the amount of over 500 thousand euros.