The Deputy Governor of CBK for Financial Supervision, Sokol Havolli, held a lecture to students of the University of Applied Sciences in Ferizaj, in the framework of "International Monetary Week", with the aim at financial education”.

Deputy Governor Havolli informed the students of this University about the functioning of the Central Bank of Kosovo and on the impact that this institution has to economic development of the country.

“Every citizen of Kosovo has direct links to the role of the Central Bank. For 20 years of successful functioning of the CBK, from the view of national and international institutions, this institution remains a credible and professional institution in the performance of the duties required by law. In addition to this commitment, the CBK also provides advices to public institutions, government and the assembly on fiscal and development policies. The Central Bank is the one that regulates, supervises and licenses all institutions. Each bank operating in Kosovo is licensed by the CBK, and this licensing has the foreseen steps. Each bank has its own terms, and if there is a problem, such as bankruptcy, we do not license it”, said Deputy Governor Havolli. 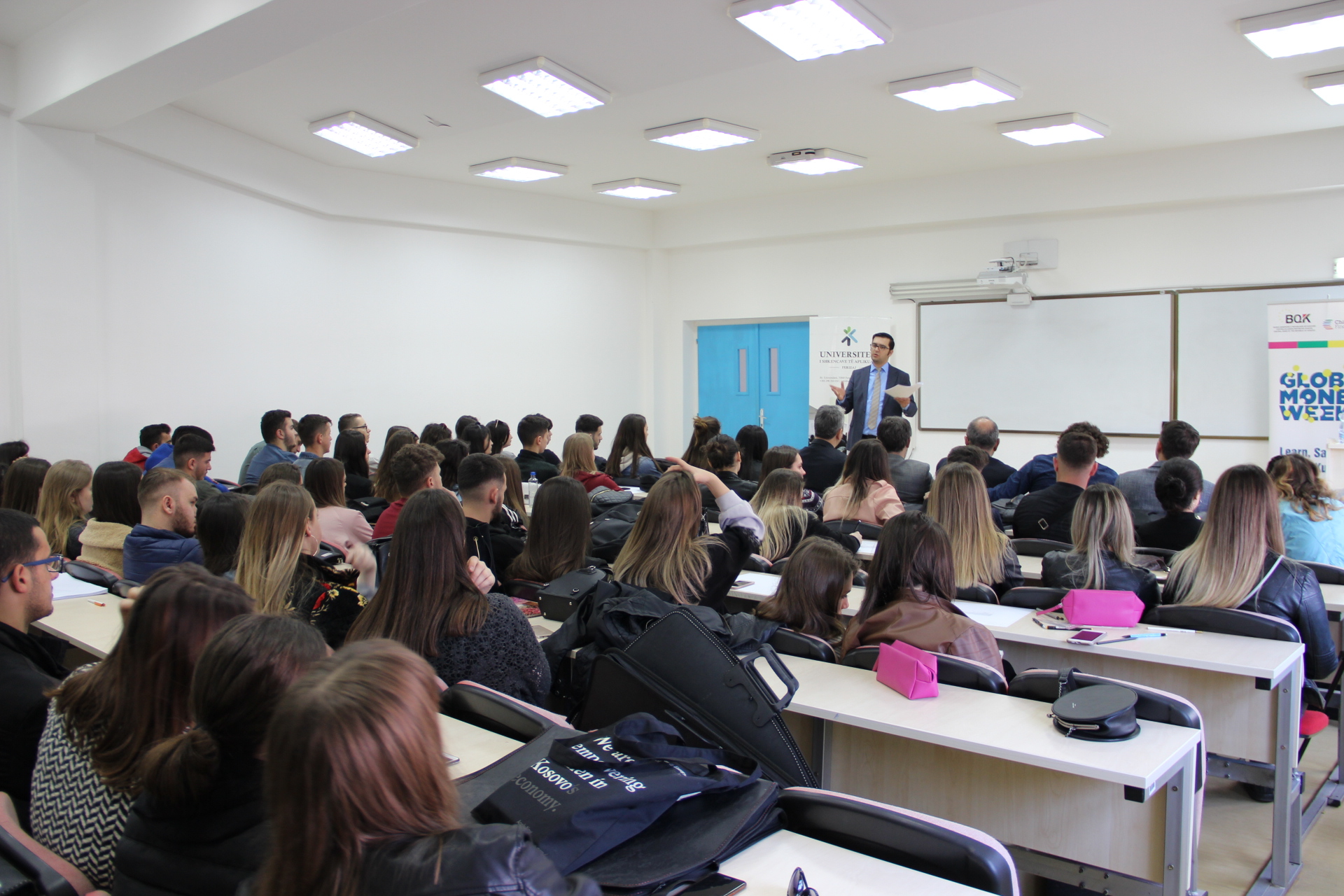 A special emphasis on the lecture was devoted to developments in the banking sector, where Deputy Governor Havolli said that in Kosovo the level of bad loans is below 3%, and that the CBK has taken measures against any financial institution that has committed violations against customers.

“There were cases where systems also make mistakes, but the CBK has taken action forcing the operator to pay back additional costs to each client individually. The new laws that we are enforcing, we are issuing them to protect even more the customer. Maintaining financial stability and providing access to finance to all citizens are the focus of the CBK, which has its own mission not to allow a situation where the financial system is put at risk. In order to make citizens' assets more secure in banks, the CBK also has Emergency Liquid Assistance. We perform various analyses, including Stress Test, which has indicated that the financial system in Kosovo is safe”, said the Deputy Governor, Sokol Havolli.

In this lecture, students posed various questions from the sectors that are under the responsibility of CBK.

On the other hand, Rector of the University of Applied Sciences in Ferizaj, Agron Bajraktari, thanked Deputy Governor of CBK, Sokol Havolli, for the lecture and expressed the readiness to organize such events in the future.