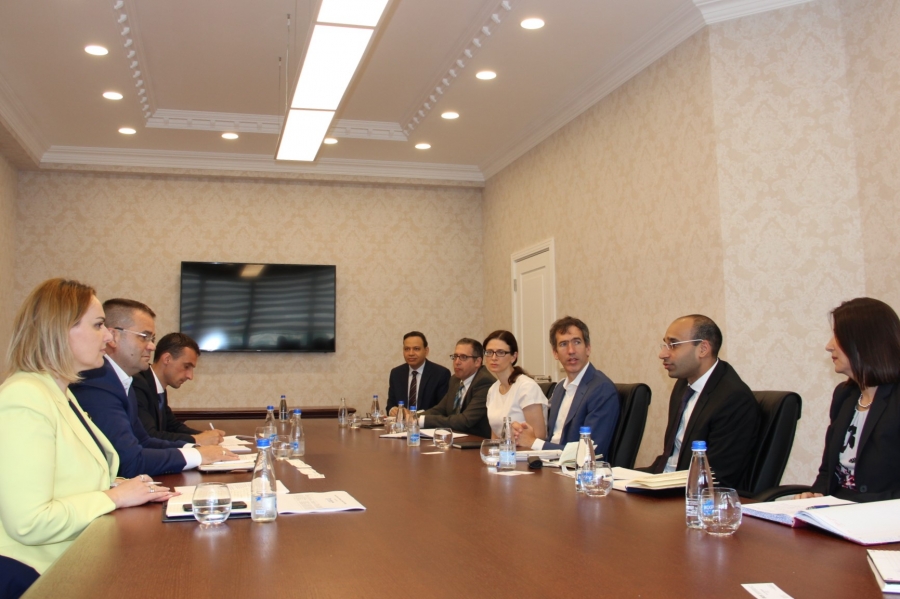 The Governor of the Central Bank of the Republic of Kosovo, Mr. Fehmi Mehmeti, today met with World Bank’s mission officials, who are visiting Kosovo.

During the meeting they discussed details of their engagement for the FSAP’s development concept with regard to the payment system, identifying the financing gap and other development issues for the Central Bank of the Republic of Kosovo.

On this occasion, Governor Mehmeti stated that the financial system in the Republic of Kosovo has had important developments on all of its indicators, with an annual credit increase of 11%, annual increase of deposits around 10%, and with credit interest rates declining to 6.5%., along with the non-performing loans that have declined to 2.6%.

Moreover, Governor Mehmeti informed the WB’s representatives regarding positive developments in other sectors, such as insurance, pensions and micro-financial and non-banking financial institutions.

The WB representatives, led by the Head of Mission, Nadeem Karmali, expressed their gratitude to Governor Mehmeti for the continuous cooperation and praised CBK for the development initiatives taken toward the development of the CBK, and discussed about the way to further deepen cooperation between WB and CBK.