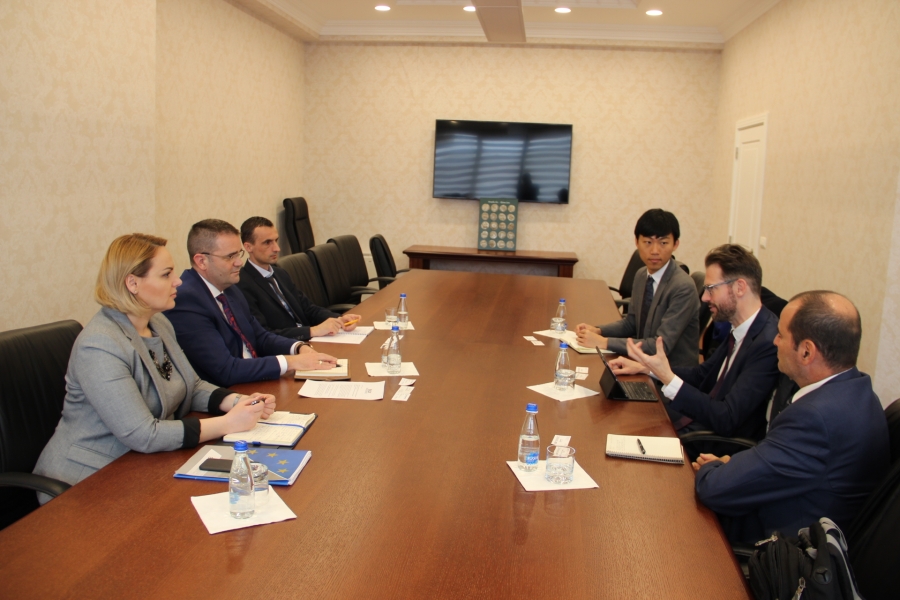 Governor of the Central Bank of the Republic of Kosovo, Fehmi Mehmeti, met with World Bank representatives who are paying a visit to Kosovo.

Governor Mehmeti informed the officials of this institution about the situation in the financial system and thanked the WB representatives for the continuous support they have given and are still giving to the Central Bank of the Republic of Kosovo.

On this occasion, Governor Mehmeti stated that the financial system in the Republic of Kosovo has undergone positive developments, as the financial system assets recorded an annual growth of 6.9%, while the banking lending recorded an annual growth of about 11%, interest rates on loans dropped to 6.3%, and the non-performing loans' rate dropped to 2.7%.

Governor Mehmeti informed the WB representatives about the positive developments in other sectors such as the sectors of insurance, pension and non-bank financial and microfinance institutions.

Also, Governor Mehmeti informed the World Bank representatives about the on-going project related to the Operational Crisis Management Framework and expressed CBK's readiness for cooperation with the World Bank team in order to successfully finalize this project.

WB representatives, headed by Miquel Dijkman, Coordinator of the World Bank's Regional Office - FinSAC in Vienna, thanked CBK Governor Fehmi Mehmeti for the continuous cooperation and discussed the ways of further enhancing cooperation between the WB and the CBK.