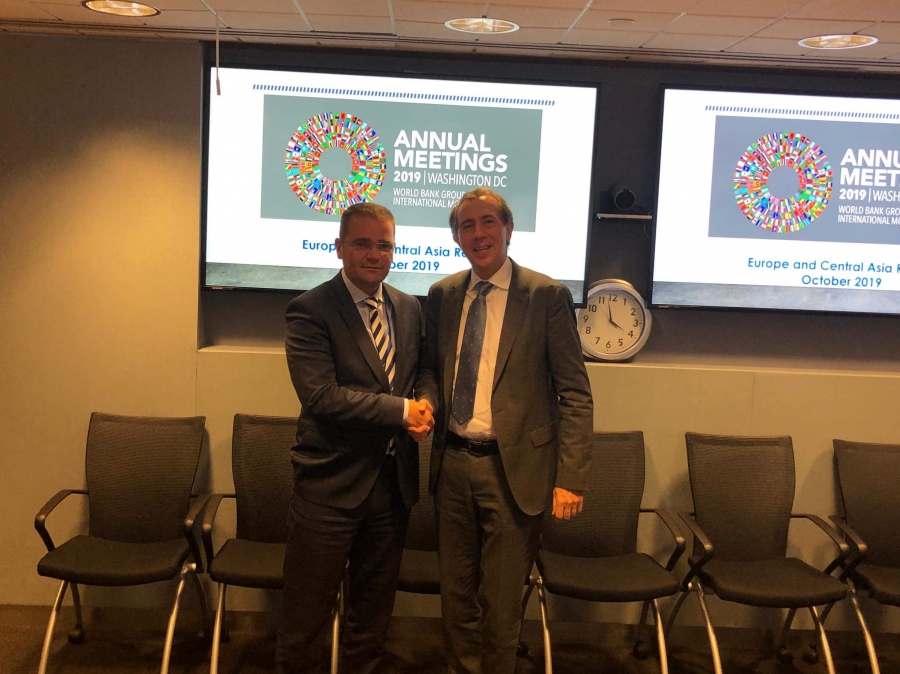 Delegation of the Central Bank of the Republic of Kosovo, headed by the Governor, Mr. Fehmi Mehmeti, during the annual meetings of the World Bank and International Monetary Fund which are being held in Washington, participated in the opening meeting of IMF International Monetary and Financial Committee, on topic: Developments and global perspectives.

Governor Mehmeti also met with the World Bank Vice President, Mr. Cyril Muller and the World Bank Director for the Western Balkans, Ms. Linda Van Gelder.  At this meeting, the topic of discussion was the latest macroeconomic developments in Kosovo, the Development Policy Loan (DPL), as well as the ongoing projects related to the evaluation of the Payment System and the financial gap.

Governor Mehmeti thanked the World Bank for the continuous support it has provided to the CBK, in developing many important projects for the financial system in Kosovo. At the same time, Governor Mehmeti informed Mr. Muller regarding the latest developments in the financial sector and as well thanked the World Bank for its willingness to contribute to the 20th Anniversary Conference of the CBK establishment, to be held in November this year.

On the other hand, World Bank officials have expressed their satisfaction with the implementation of the projects so far, promising further support to the CBK. The CBK delegation led by the Governor Mehmeti also met with our World Bank Constituency Director, Mr. Guenther Schoenleitner, and as well participated in separate meetings of the World Bank Constituency and the International Monetary Fund, part of which is also Kosovo.