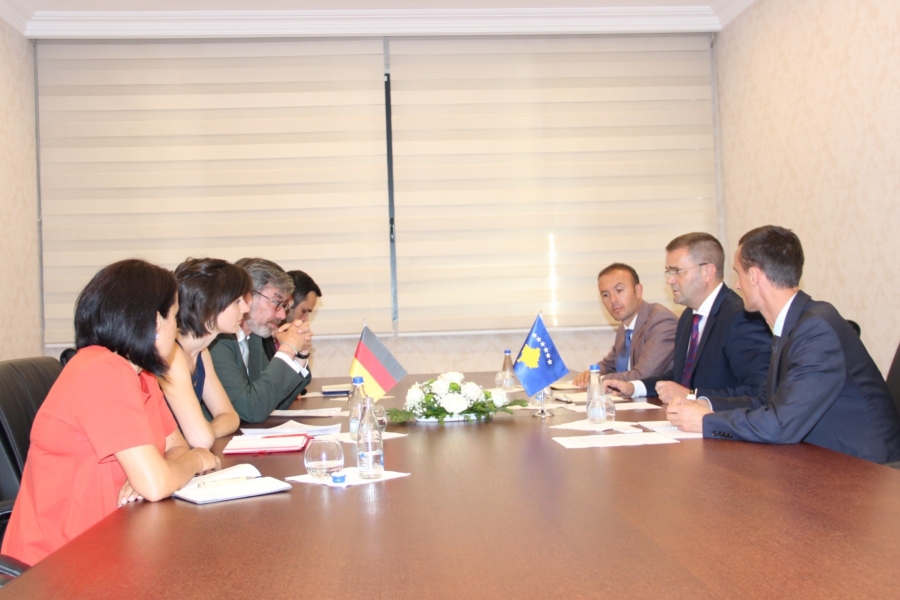 The Governor of the Central Bank of the Republic of Kosovo, Mr. Fehmi Mehmeti, hosted the Ambassador of Germany in Kosovo, Mr.Christian Heldt.
Governor Mehmeti expressed his gratitude for the Ambassador’s visit to the CBK and informed Ambassador Heldt on developments of the financial sector in the country, in particular the banking sector, which continues to perform well, underlining the growth of this sector's activity in support of the country’s economic development and the high rate of sustainability this sector is characterized by.
The Governor also informed Ambassador Heldt about recent developments in other financial sectors, such as the insurance sector, pension funds, microfinance institutions and non-banking financial institutions.
Governor Mehmeti thanked the Ambassador and the German state for the support and cooperation with the Central Bank of the Republic of Kosovo up to now, through technical assistance, especially German GIZ, which has made a significant contribution to the harmonization of financial regulation with international standards.
On the other hand, the German Ambassador in Kosovo, Mr.Christian Heldt, expressed his satisfaction for Germany's contribution to the advancement of CBK's work and functions, emphasizing that this cooperation will continue further.