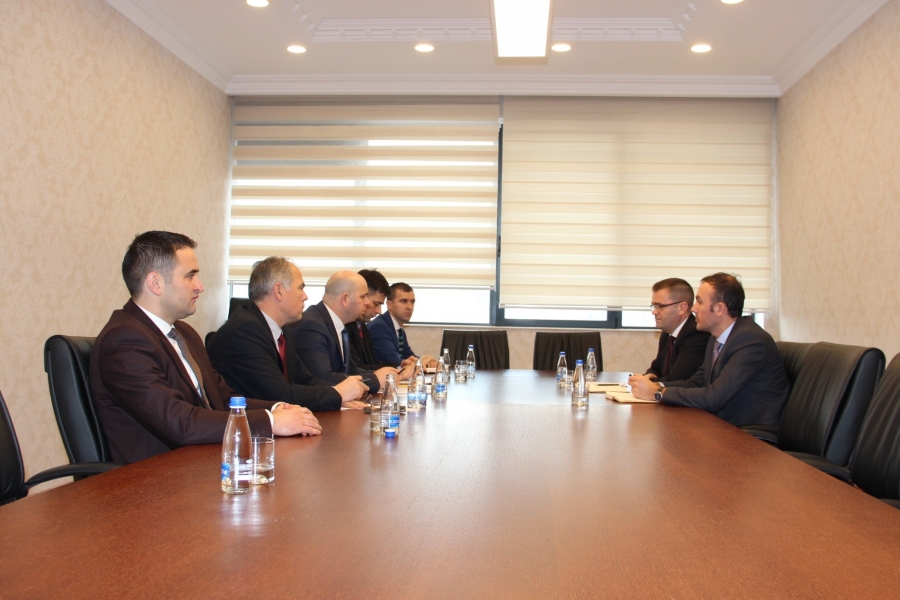 The Governor of the Central Bank of the Republic of Kosovo, Fehmi Mehmeti, met with the members of the Board of Directors of the Kosovo Pension Savings Trust (KPST) led by Ruzhdi Morina. On this occasion, Governor Mehmeti requested a more detailed explanation of recent developments concerning the KPST's financial performance, which in the last quarter of 2018 marked a decline due to developments in global financial markets, contrary to the positive performance over most of 2018.

Governor Mehmeti assessed the investment performance of pension contributions over the last ten years with a positive note. According to KPST reports, this performance has brought a positive return on investment worth 380.09 million Euros. The Governor also requested from KPST representatives to increase their diligence concerning the management of short-term global market fluctuations, similar to those of the recent period, in order to minimize the risks for investments of pension contributions of Kosovar citizens. In addition, Governor Mehmeti called for increased KPST communication with the public so that citizens are well informed and have a fair understanding of developments in the global financial markets which have a direct effect on the value of their pension savings.

On the other hand, Chairman of the KPST Board of Directors, Ruzhdi Morina, informed the Governor about developments related to KPST investments in the international financial markets, pointing out that the decline recorded in the last quarter of 2018 was amended to some extent by the positive returns recorded by the KPST's investments during January 2019. Morina further stressed that KPST's investments are guided by a prudent investment policy based on a rather conservative balance between return and risk, which in the long run has resulted in a very satisfactory investment performance. In this context, despite the short-term fluctuations of global markets, the Chairperson of the KPST Board of Directors stressed that the long-term perspective of investments of pension contributions of Kosovar citizens is positive.