CBK and EBRD discussed the development of the capital market 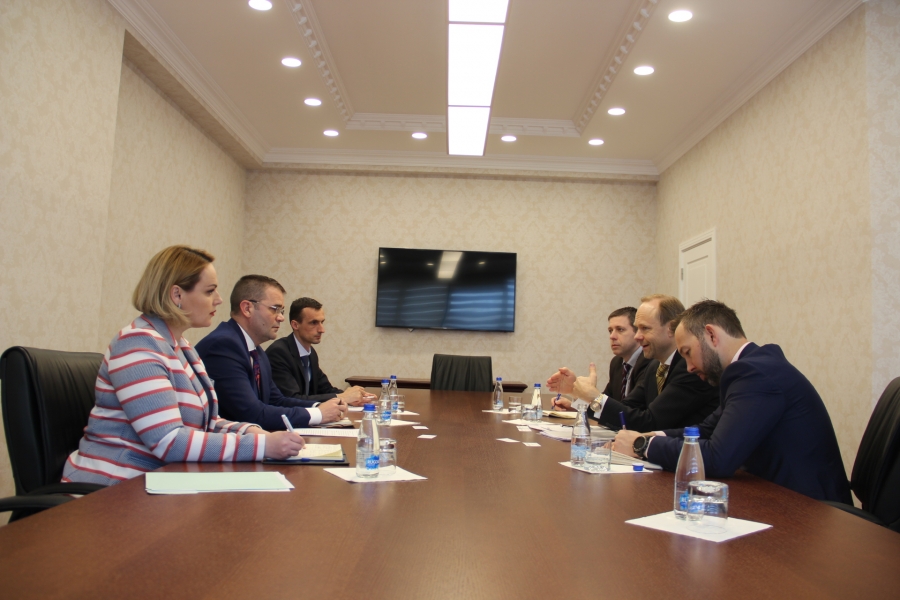 The Governor of the Central Bank of the Republic of Kosovo, Mr. Fehmi Mehmeti, met today with representatives of the European Bank for Reconstruction and Development (EBRD).

Governor Mr. Mehmeti informed the officials of this institution regarding the situation in the financial system and thanked the EBRD representatives for the continuous support they gave and are still giving to the Central Bank of the Republic of Kosovo.

Also, Governor Mr. Mehmeti informed EBRD representatives on positive developments in other sectors, such as the insurance, pension, and microfinance Institutions and non-bank financial institutions.

Moreover, Governor Mr. Mehmeti pointed out that this is a very convenient moment for a assessing the possibility of developing the capital market as an alternative to the advancement of access to finance.

EBRD representatives, led by Mr. Andre Kuusvek, Director of Local Currency and Capital Markets Development Initiative, thanked Governor Mr. Mehmeti for the explanations given and expressed readiness for the support of CBK and Kosovo regarding the possibility of further development of the capital market in the Republic of Kosovo.