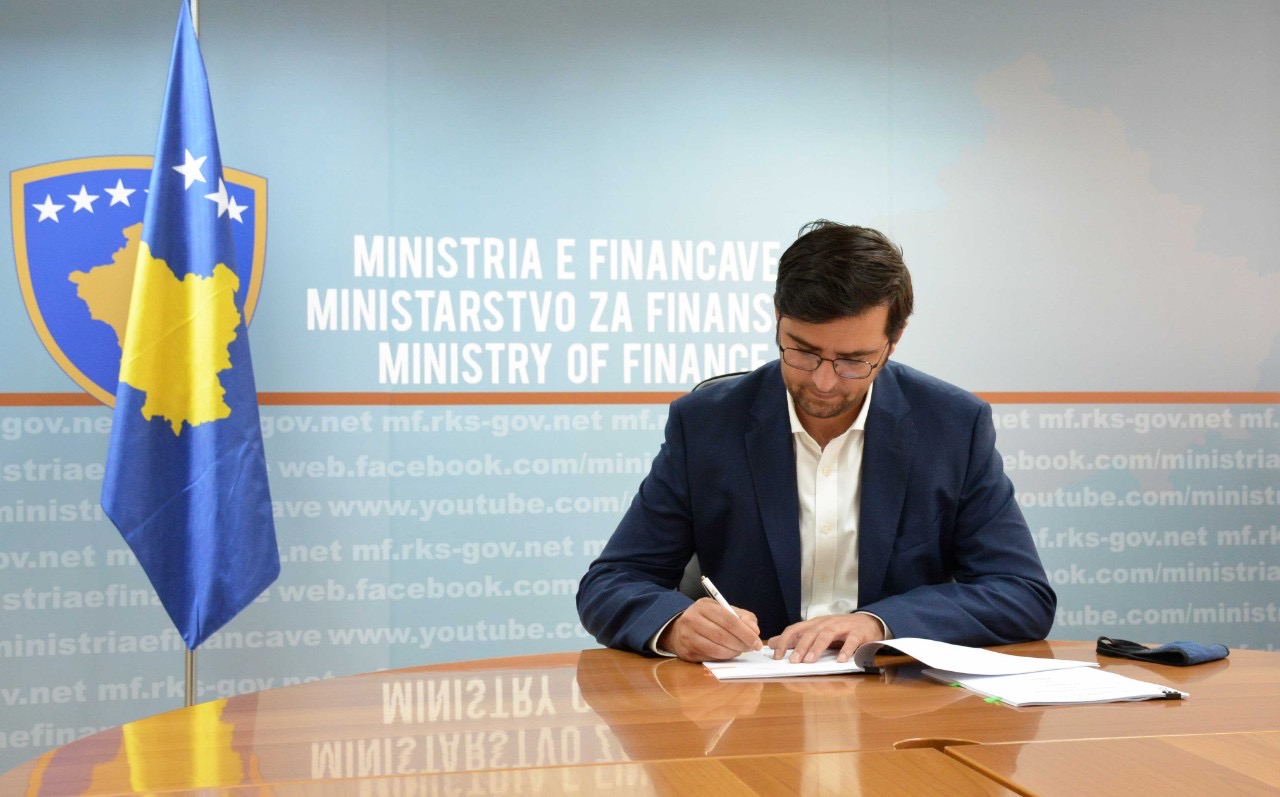 The Deputy Governor for Financial Supervision at the Central Bank of the Republic of Kosovo, Sokol Havolli and the Minister of Finance, Hykmete Bajrami have signed an agreement with the EU Economy Commissioner, Paolo Gentiloni.

The signed agreement comes after the opening of the possibility of benefiting from this scheme of the European Union for the countries of the Western Balkans.

The signing of this agreement is related to the International Monetary Fund's assistance, which in April 2020 approved the Rapid Financing Instrument for Kosovo, in the amount of 51.6 million euros.

The accorded loan will assist Kosovo in the Economic Recovery Plan and in the implementation of emergency measures.

Part of the disbursement depends on the fulfillment of certain criteria, which the Government of Kosovo is committed to accurately fulfill, as those help improve Public Administration in Kosovo and increase Transparency.