On the occasion of the 15th anniversary of its founding the Central Bank of the Republic of Kosovo (CBK ) organized a solemn conference where were invited high representatives of country’s institutions and Heads of financial institutions in the country. The conference was also honoured by the participation of representatives of foreign governments and institutions accredited to the Republic of Kosovo. During the conference were presented the main achievements of the up to now developments of the CBK and entire financial system. The speakers of the conference also discussed the key strategic directions of the CBK for the mid-term future. The Governor of the Central Bank of the Republic of Kosovo by addressing to the participants among other things made a chronology of the developments of the CBK from the establishment up to now and also spoke about the challenges facing the Bank as well as for challenges and objectives to come and be met in the future. During his solemn speech the governor emphasized the achievements and the actual situation general situation in the banking and finance industry. All indicators are highly positive we are dealing with a healthy and liquid system. In his speech he did not forget to also thank everyone who helped CBK in its journey, Kosovo’s friend countries and donor institutions of these countries that at no point did hesitated in offering continuous help and assistance for our financial system. 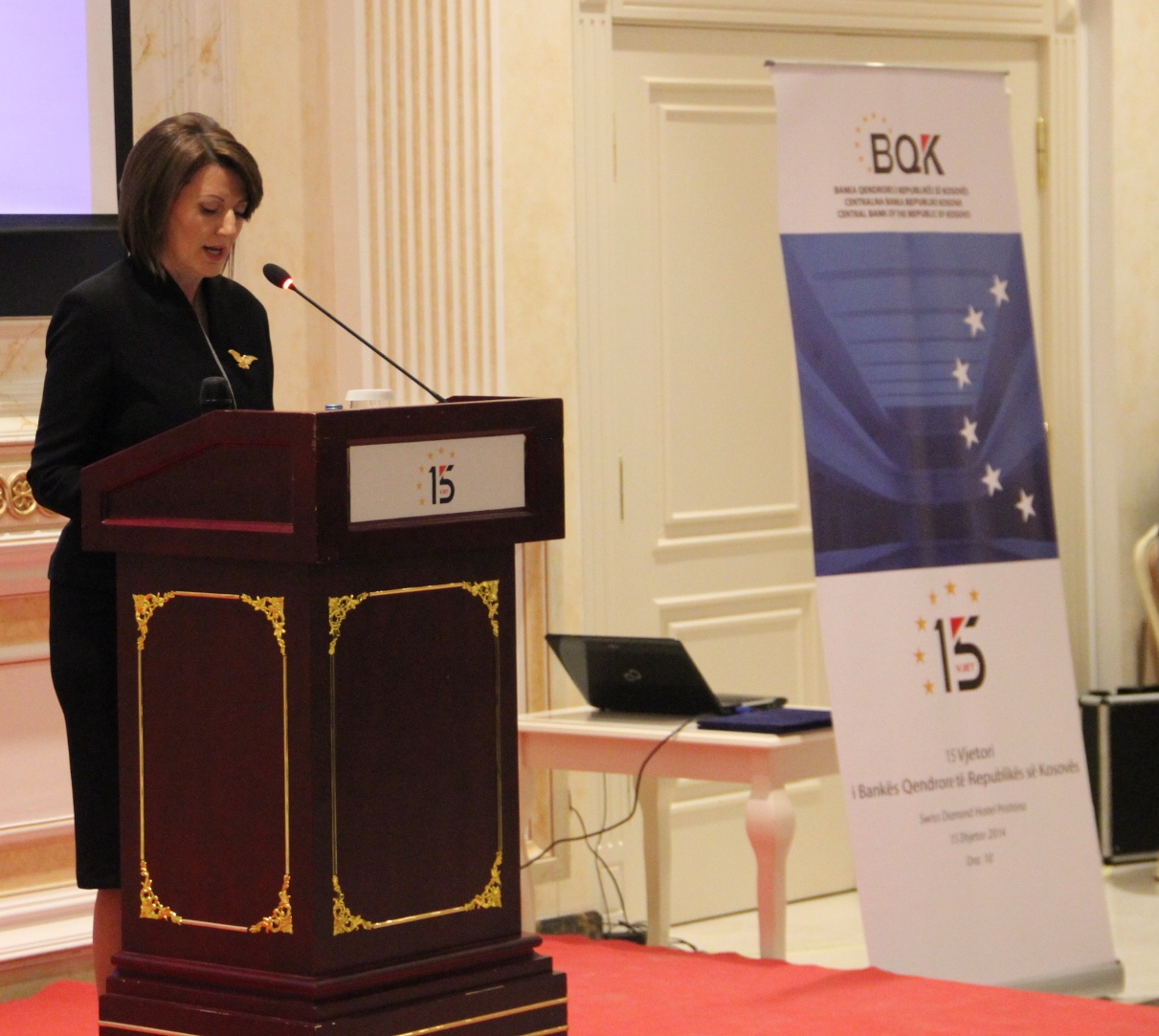 Mrs. Atifete Jahjaga, President of the Republic of Kosovo by addressing to the participants among other things used this occasion to express her own congratulations on this fifteenth jubilee of the establishment of the Central Bank of Kosovo as one of the most important pillars of our statehood.
Throughout this period, the Central Bank of Kosovo has been committed to fulfil its functions, in particular through the regulation and supervision of the banking sector to ensure compliance with the rules of sound management and to ensure the stability of our financial system. 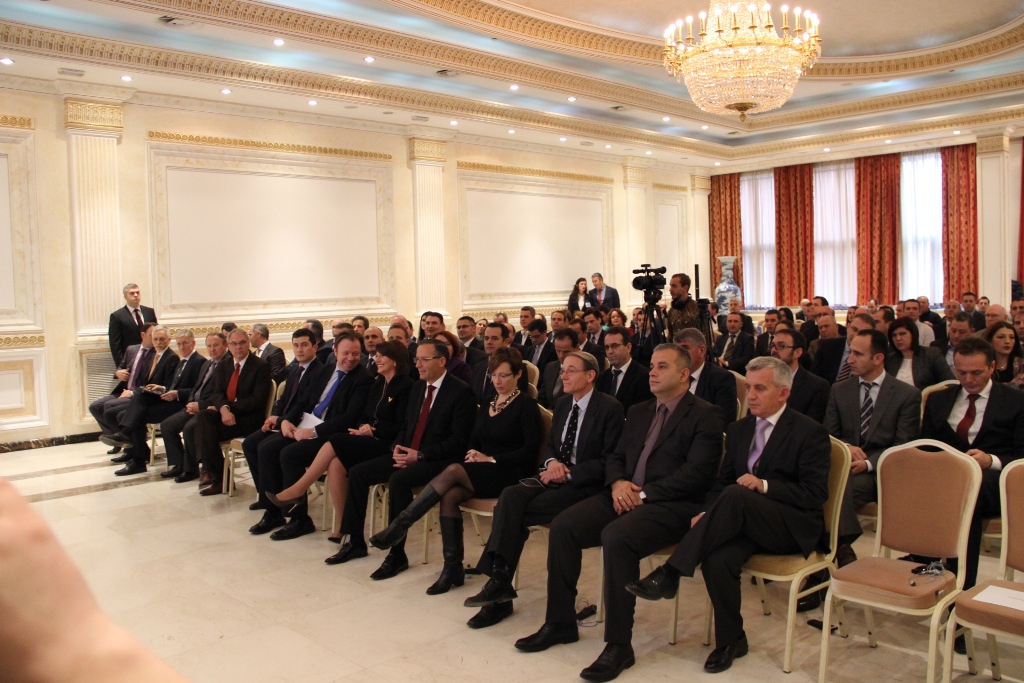 Decent work in the regulation and prudential supervision of the banking sector, has made us today (despite the fact that the world has suffered a strong economic and financial crisis), have a healthy banking sector, well capitalized banks through local deposits, making our economy more independent from fluctuations in international markets.

Professional supervision of the banking sector and the ongoing adaptation of legislation in line with the market needs, also significantly influenced reduce moral hazard.

The Central Bank of Kosovo is therefore one of the main institutional pillars of the economy, the backbone of the financial system and safeguard of the financial and macroeconomic stability said among others Mrs. Atifete Jahjaga President of the country.

While the representative of the EU office in Kosovo Mr. Thomas Gnocchi, in his speech stressed out that the banking system in Kosovo is stable. According to him, "We have a fairly stable financial system and also have a liquid banking system with sufficient financial deposits. In addition, he cited the recent successes that are quite obvious that affect the daily lives of citizens of Kosovo like the introduction of SWIFT Code and offered continuous support to the CBK by the office of the European Commission, which according to him is always ready to offer support and assistance to all these areas of CBK. At the end of his speech among other Mr.Gnocchi stressed out that Kosovo’s Central Bank has done an excellent job to keep the system stable as possible".

Meanwhile, the Chairman of the Board of the CBK Mr. Bedri Peci in his speech addressed to the participants stressed out that fifteen years constitute of a relatively short period of time, the CBK during this timeframe has proven having set sound foundations on which to build and develop the entire financial system the country. But as he said, work and uncompromising commitment of local staff and the non-hesitated support of international partners are easily synchronized within the framework defined by a clear vision of continuous development and promotion of the country's financial sector.

For fifteen consecutive years, the sector continued to evolve without big shifts towards the consolidation of actors in the market and continuous harmonization of legal and regulatory framework with the most advanced contemporary international banking.

For the role and indicators in the banking system in a speech on the occasion was also presented Mr. Robert Wright, Head of the Board of Directors of the Bank’s Association.

While in the end the Governor Hamza share prices awarded to young researchers in the field of economy, the Price “Jung Economist”.

Speech of the CBK Chairman