Visit of Governor Hamza to the Financial Institutions in Germany 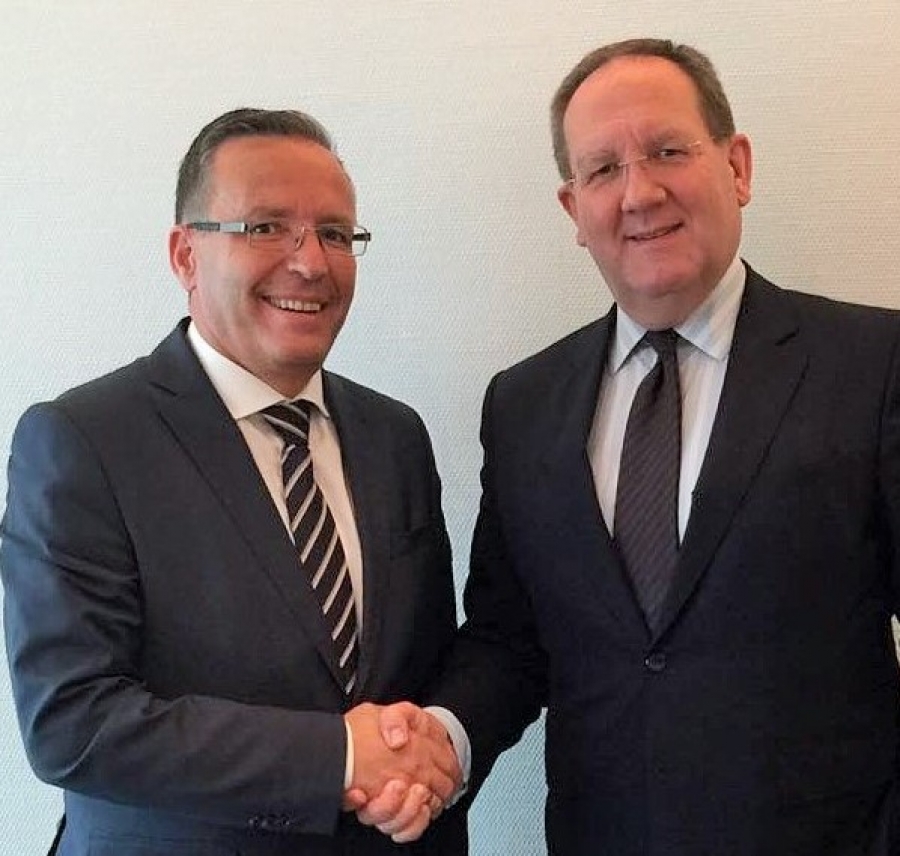 The Governor of the Central Bank of the Republic of Kosovo, Mr. Bedri Hamza conducted a series of official visits to the Financial Institutions in Germany. During these visits, Governor Hamza met with the President of the Federal Financial Supervisory Authority (Bundesanstalt für Finanzdienstleistungaufsicht - BaFin), Dr. Felix Hufeld with whom he discussed on further cooperation between the two institutions. Governor Hamza thanked President Dr. Hufeld for the continuous cooperation that BaFin has offered to the CBK in all areas. At the same time, President Dr. Hufeld has insured the Governor for the continuation of cooperation and the possibility of extending the areas of cooperation between the two institutions.
During these visits, Governor Hamza also had a meeting with the Executive Board member of Deutsche Bundesbank, Dr. Johannes Beermann. The topic of discussion at this meeting was the deepening of cooperation between the CBK and the Deutsche Bundesbank. Dr. Beermann has offered to continuously support the institutional development of CBK.
During these visits, Governor Hamza also had meetings with representatives from the Federal Ministry for Economic Cooperation and Development (BMZ), the Gesellschaft für Internationale Zusammenarbeit (GIZ) GmbH, and the European Central Bank (ECB). As a result of these encounters, Governor Hamza was reassured the continuation of the strong support by the three mentioned institutions.

• BaFin has continuously supported CBK in building the regulatory framework for regulating and supervising financial institutions based on international best practices. BaFin's support has helped in building capacities of CBK’s staff, particularly in banking and insurance supervision, thus contributing to the improvement of the work processes in CBK.
• Deutsche Bundesbank cooperates with CBK in the field of investments and provides regular technical assistance.
• The European Central Bank (ECB) and the CBK cooperate in completing the legal framework for supervising financial institutions, payment systems and other special projects designed for the functions of the CBK.
• The Gesellschaft für Internationale Zusammenarbeit (GIZ) GmbH (GIZ) has supported the CBK on behalf of the Federal Ministry for Economic Cooperation and Development in advancing the supervisory framework known as the Basel Capital Framework as well as in implementing EU standards in the financial sector. Achieving compliance with the Basel Capital Framework is a key goal for CBK and also for Kosovo to join the European Union and one of its key strategic aims. The cooperation between the CBK and the GIZ is part of the economic and development cooperation between Kosovo and Germany.