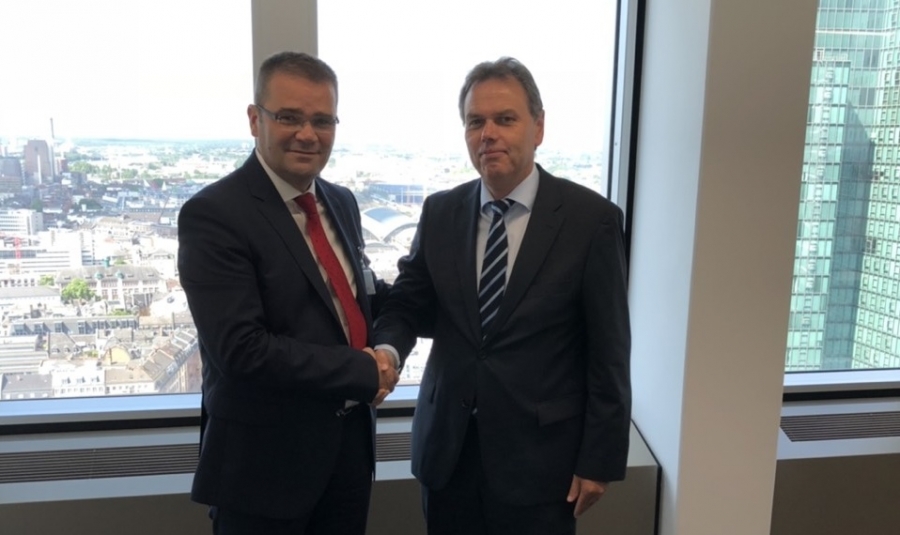 The Governor of the Central Bank of the Republic of Kosovo, Fehmi Mehmeti met with European Central Bank Deputy Director General, Mr. Rolf Klug.
Governor Mehmeti informed the ECB Deputy Director General on the latest developments in the banking system in Kosovo, as well as about the CBK’s legal framework alignment with EU’s directives and with the current Basel Framework
In the meeting , it was agreed that the Memorandum of Understanding between the CBK and the ECB will be finalized and signed in a timely manner.

Governor Mehmeti, on behalf of the CBK, thanked the ECB for the ongoing cooperation and support.

On the other hand, European Central Bank Deputy Director General Mr. Rolf Klug congratulated Governor Mehmeti on his appointment as the CBK Governor and assured further support and cooperation between the ECB and the CBK.