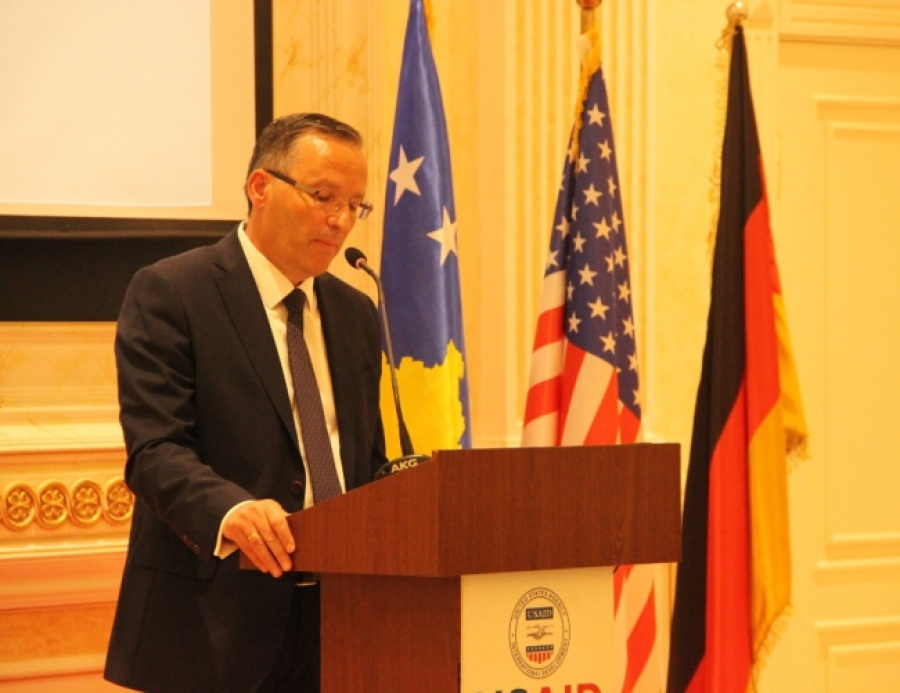 At a ceremony organized on the occasion, was officially launched in Pristina the Kosovo Credit Guarantee Fund (KCGF), which was rated by participants as an institution that will be of particular importance to economic development in the country.
The KCGF will be capitalized with funding from institutions of Kosovo in cooperation with donors and the private sector, with the strong support of the American Development Agency USAID, and Kreditanstalt für Wiederaufbau – KfW (German Development Bank), the Swedish Agency SIDA and the Government of Kosovo, through the sponsoring Ministry of Trade and Industry (MTI).
Present at the ceremony were the Prime Minister of Kosovo Isa Mustafa, Assembly Speaker Kadri Veseli, German Ambassador to Kosovo Angelika Viets, and the Governor of the Central Bank of Kosovo Bedri Hamza, Ambassador of the United States Greg Delawie, Mission Director of USAID in Kosovo James Hope, Chairman of the Board of the Fund, Hajdar Korbi, as well as representatives of financial institutions, business community and media.
The establishment of the Credit Guarantee Fund for Kosovo is an innovation in the financial sector of Kosovo, which marks a new stage of development in facilitating access to finance for small and medium enterprises. Small and medium enterprises are the driving force of economic growth, the creators of new jobs and as such, with an optimum access to finance, could be key factor of economic development of a country, said the Governor of the Central Bank of the Republic Kosovo Bedri Hamza. For more.