The Governor of the Central Bank, Mr. Bedri Hamza welcomed by the President of Kosovo Ms. Jahjaga 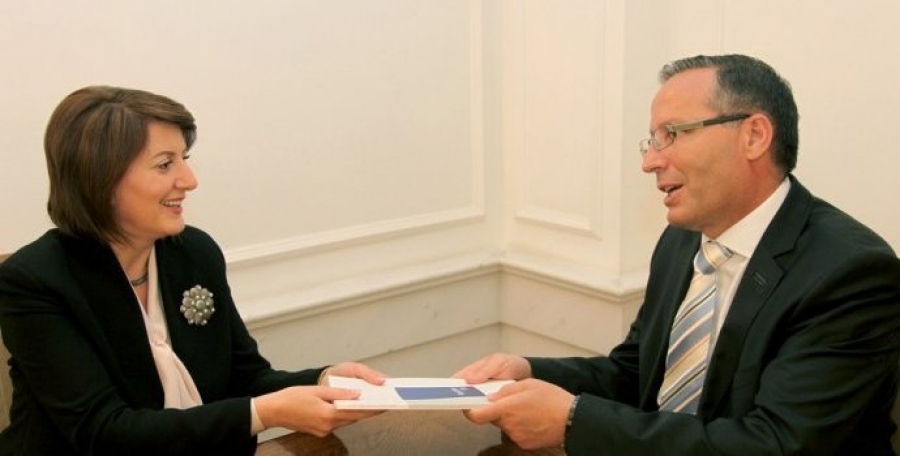 The President of the Republic of Kosovo, Madam Atifete Jahjaga, received today the Governor of the Central Bank of Kosovo, Mr. Bedri Hamza, who handed over to her the report for 2014.Friday, 05 June 2015

President Jahjaga was informed by Governor Hamza that Kosovo during 2014 has maintained a positive economic growth rate and continues to reflect satisfactory level of fiscal and financial stability. He said that Kosovo continues to have a low budget deficit and public debt level, whereas the prices during 2014 have been in accordance with global trends and with a low rate of inflation. Governor Hamza also said that the banking sector is stable and with a high level of capitalization.

President Jahjaga praised the work that the Central Bank of Kosovo is doing and stressed the need for this institution to continue its commitment to maintain the country’s financial stability. She said that the priority of the country’s institutions is the economic development, through the creation of favorable business conditions for foreign investors but also for local businessmen.