The German Ambassador to Kosovo, Angelika Viets visited the CBK 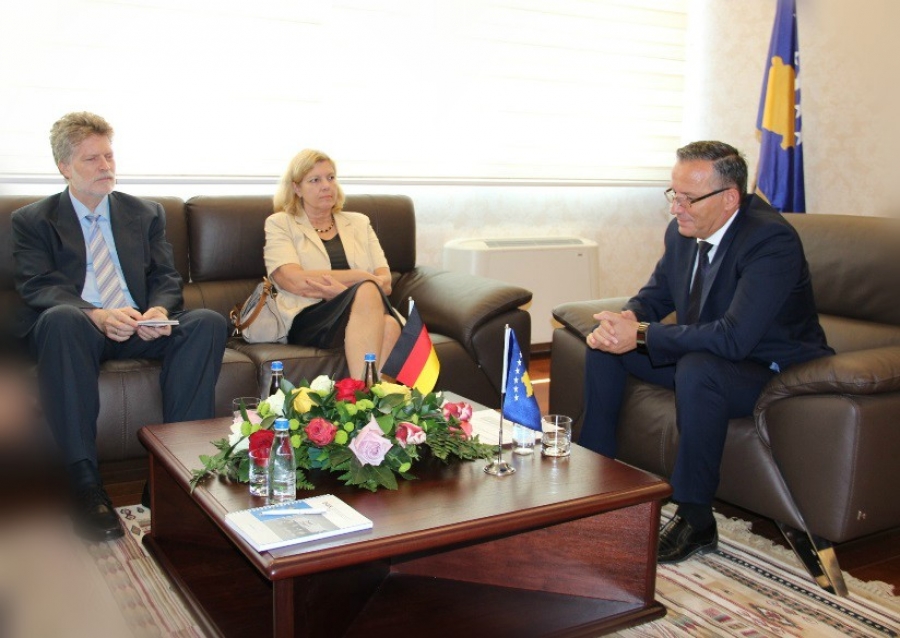 The Governor of the Central Bank of the Republic of Kosovo, Mr. Bedri Hamza, received today in a farewell meeting, the Ambassador of the Federal Republic of Germany, Angelika Viets, who was accompanied by the Deputy German Ambassador Jan-Axel Voss. Governor Hamza thanked the Ambassador Viets for the continuous support that CBK has received from the German Government and expressed the conviction that this cooperation will continue in the future.

Governor Hamza emphasized the continuous cooperation that the CBK has with German institutions such as the Federal Ministry for Economic Cooperation and Development (BMZ), the Federal Financial Supervisory Authority (BAFIN), the German Institute for International Cooperation (GIZ) and the European Central Bank ECB).
The financial sector in Kosovo is one of the most stable and functional sectors thanks to the support and collaboration with European countries which are part of construction and enhancement of this sector.
Ambassador Viets expressed her pleasure of being a supporter to the positive developments in the financial sector in Kosovo, especially in recent years.
Ambassador Viets, also underlined that the German Government will continue its co-operation and will support the Central Bank of the Republic of Kosovo in various areas that assist in the advancement of its functions.