The Deutsche Bundesbank reassures support to the CBK 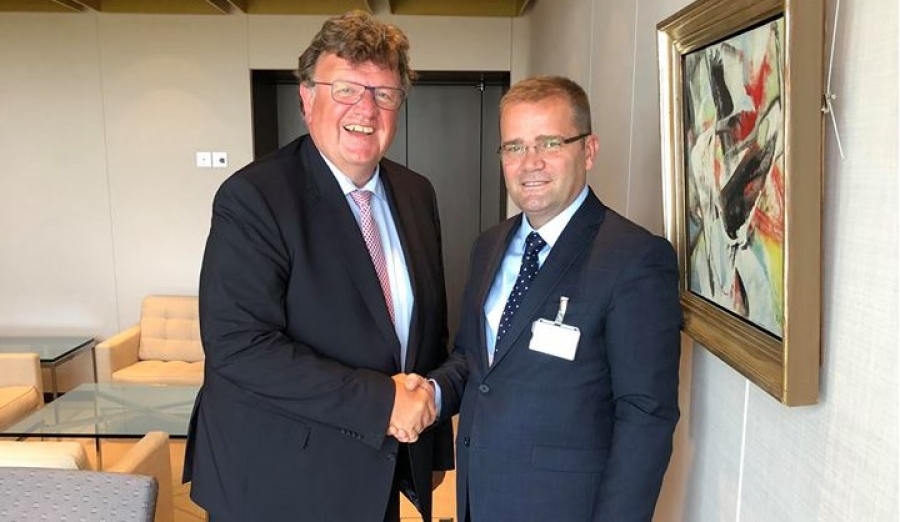 The Governor of the Central Bank of the Republic of Kosovo, Fehmi Mehmeti during his visit to Frankfurt, Germany, has met with the Vice President and member of the Executive Board of Deutsche Bundesbank, Dr. Johannes Beermann.

During the meeting, Governor Mehmeti informed Deutsche Bundesbank's Deputy Chairman, Dr. Beermann, on the latest developments in the economy and financial system in the Republic of Kosovo.

Dr. Johannes Beermann congratulated Governor Mehmeti on his appointment as the new Governor of the CBK, and expressing his satisfaction for the financial soundness in Kosovo and reassuring him on further support and cooperation between two authorities.