With the motto "The future begins with savings" the Central Bank of the Republic of Kosovo in cooperation with the Kosovo Museum have marked the World Savings Day. Part of this activity were schoolchildren from the capital primary schools who visited the exhibition of Illyrian coins, euro coins and banknotes.
The exhibition is being held at the CBK's premises where there are exposed ancient coins that are available at the Kosovo Museum. Besides the coins exhibition, the Central Bank of the Republic of Kosovo, respectively the Financial Education Division has taken care that the pupils of the capital schools participate in a workshop through which they have shown their skills in drawings and creativity work always pointing the necessity of saving as a culture and important habit for their future. 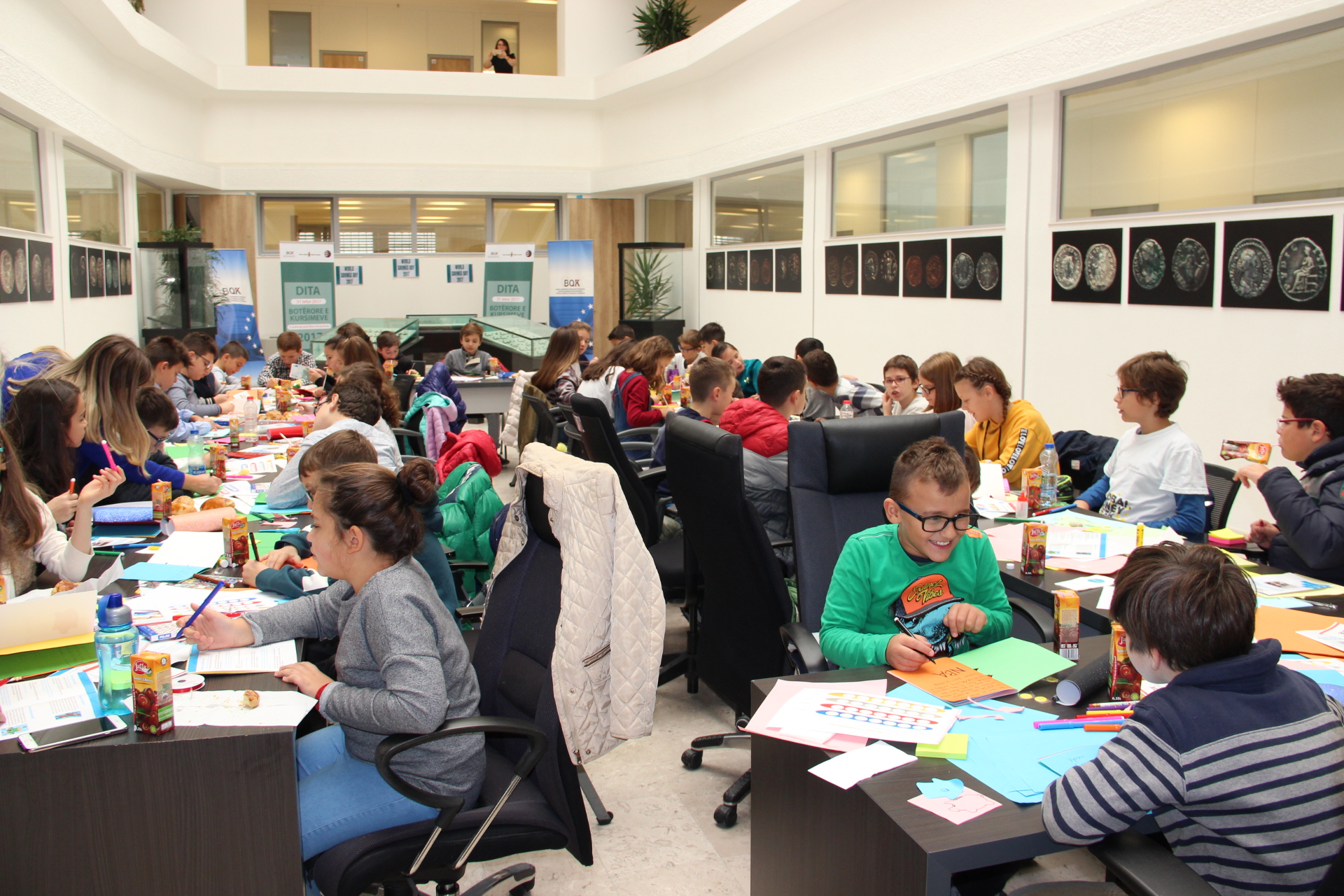 At the opening of this activity, Mrs. Ajshe Ramosaj-Ahmetaj explained the pupils the role and importance of the Central Bank of the Republic of Kosovo, spoke about the World Savings Day and the importance and need for saving, whereas regarding the numismatics treasury from different time periods and the antique coins that were exposed, the officials of the Museum of Kosovo informed pupils on the content and importance of these coins. These coins reflect historical development since ancient times, the Middle Ages up to the present day. 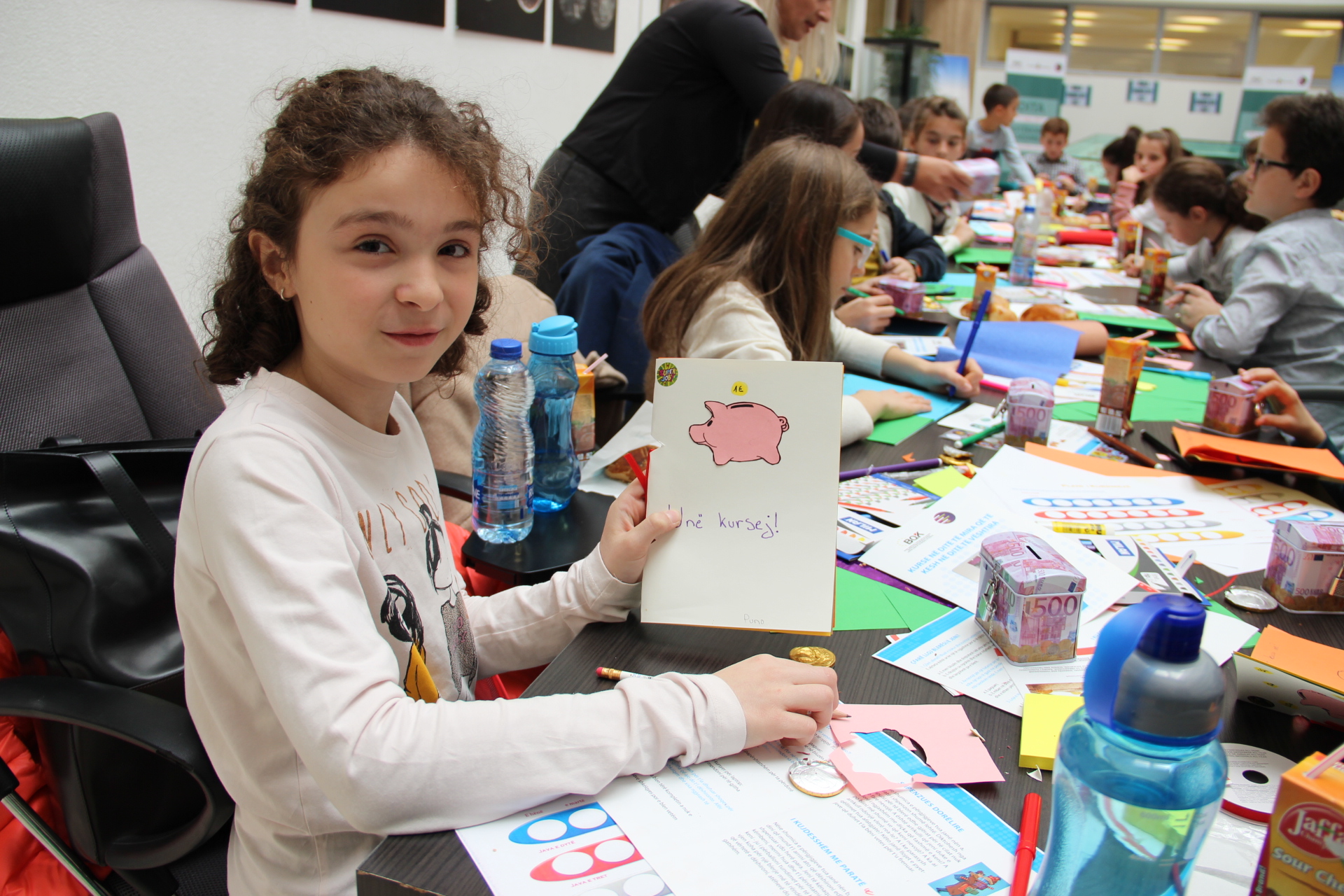 Pupils also had the opportunity to closely see all the denominations of euro coins and banknotes, and regarding their main features they were informed by Mr. Islam Bahtiri - Senior Officer at the Money and Banking Relations Department.
This activity with pupils of capital schools will continue also tomorrow at the Central Bank of the Republic of Kosovo premises.
The World Savings Day has been marked worldwide by financial institutions since 1924. This date was established as the World Savings Day at the congress held in Milano, in order to increase the knowledge and the importance of savings. The CBK marks this day with various educational activities for several years now.