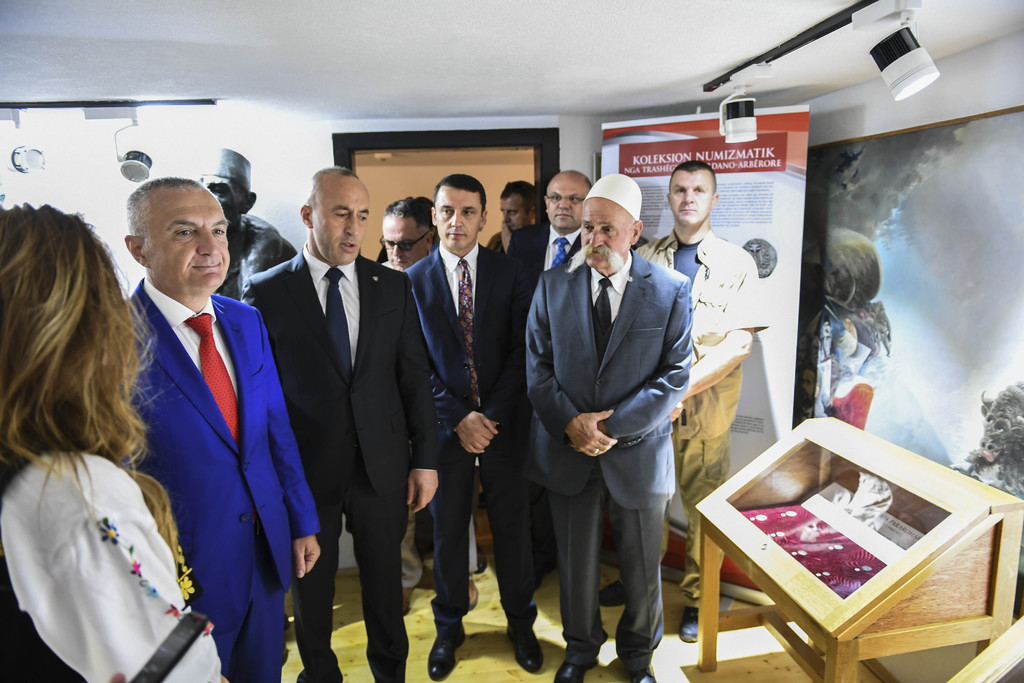 "The exhibition brings to the Kosovar public an important part of the monetary financial history of our countries, which ranges from ancient times to the present day. Skanderbeg's figure is very important, reaching and finding its place in the national currency regardless of historical periods or any economic system that existed in Albanian territories," said Tanku. Tanku emphasized that the exhibition also presents commemorating coins regarding the Congress of Manastir, another important event in Albanian history.
The exhibition was visited by personalities who participated in the 140th anniversary of the Albanian League of Prizren Academy, including the President of Albania, Mr. Ilir Meta, the Prime Minister Mr. Ramush Haradinaj, ministers and senior officials from all Albanian territories. The exhibition aroused great interest among public and media with hundreds of citizens visiting the exhibition during the day, where the CBK and BoA financial education officials as well as numismatic experts informed them on the importance of the content exhibited.
The exhibition will remain open until 12th of June.