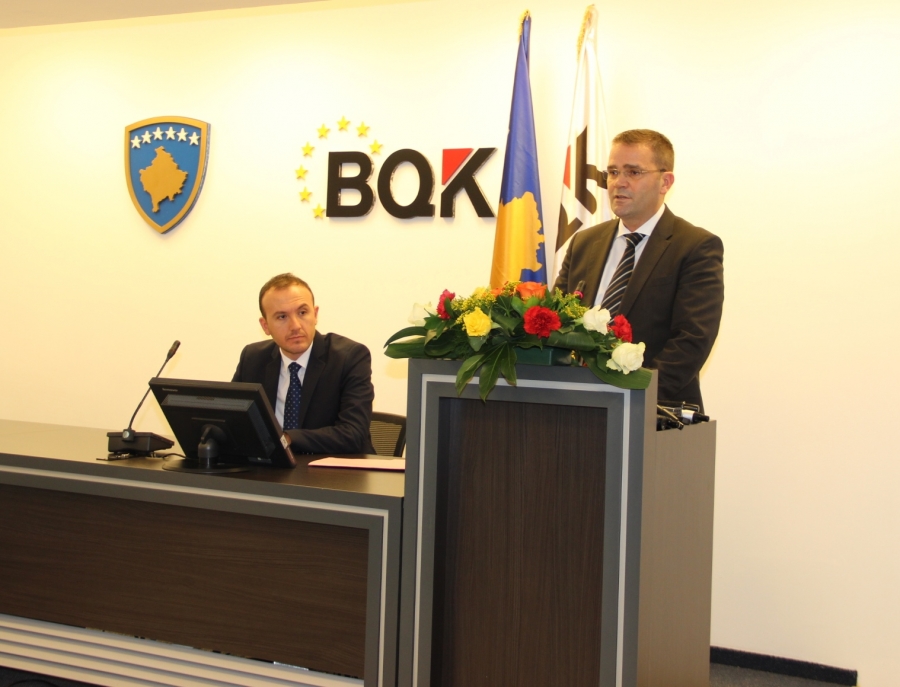 Acting Governor Mr. Fehmi Mehmeti initially greeted and thanked the media for supporting the CBK in reflecting its activities for better informing of the citizens. Acting Governor, Mr. Mehmeti spoke about the importance of this week, an activity of international character, which the CBK has already made traditional for informing citizens about the proper money management.
He further emphasized that the activities that take place during the week are the crowning of activities in the framework of financial education with a special focus on young people and children.
Acting Governor, Mr. Mehmeti stressed out that the CBK, with its ongoing financial education activities, is contributing so that citizens can get the most knowledge about this field. "These activities in essence contain the importance of proper money management by individuals, and as the result more savings will impact their economic development and well-being," Acting Governor said.
"Financial education contributes directly to raising citizens’ knowledge on money management and the opportunities that the country's financial system provides, thus enabling them to make smarter financial and economic decisions. All this contributes to a more stable financial system, which is also the CBK's primary objective ", underlined Mr. U. Mehmeti.
Acting Governor Mehmeti disclosed the agenda of activities during the Global Money Week, which will be marked through three phases where each of them will focus on a particular aspect.
The first phase will be dedicated to children with a focus on savings. The second phase will be dedicated to students of various universities with lectures to be held by senior CBK officials, while the third phase is dedicated to bachelor / master students of colleges / universities who will compete with educational videos.
In addition, within the regular activities for promoting financial education, Acting Governor announced that the CBK will launch the "financial education" website, in the frame of the official CBK website, where Kosovo citizens will be able to access the different educational materials.
Acting Governor made a brief summary of the developments in the financial system in general, stating that "There is continuous increase of deposits by citizens of Kosovo, which proves the trust of citizens in financial institutions of Kosovo. In addition, there is a decline in interest rates and non-performing loans."