The CBK publishes its 2017 Annual Report 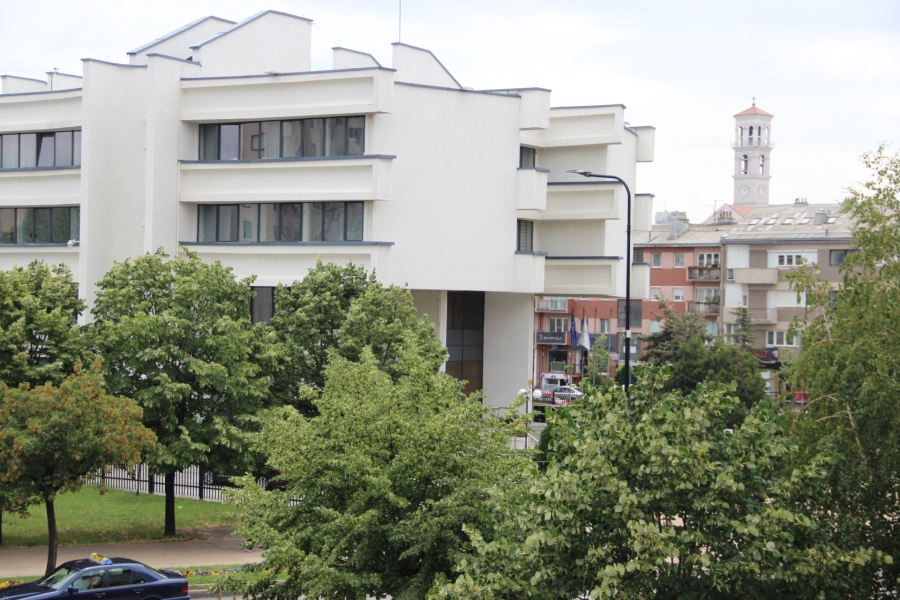 The Central Bank of the Republic of Kosovo has published its Annual Report 2017, which summarizes all the developments in the sectors under the CBK’s responsibilities.
The CBK Annual Report for 2017, as required by the Law on Central Bank, presents an overview of the economic and financial developments and the CBK activities during 2017, where it is evident that the CBK has successfully managed to achieve its legal objectives.
Initially, the report provides a summary of the main economic and financial developments in the Eurozone and Southeast European economies, to continue with developments in Kosovo's economy. Economic growth in Kosovo in 2017 is estimated to have been 3.7%, while for the 2018, the CBK forecasts suggest that the real growth GDP rate will range from 4.2% to 4.4%.
In 2017, the financial system was characterized by an activity increase, with particular emphasis on the growth of bank lending at an annual rate of 11.5 percent. In addition, a significant development of the banking sector is a further decline of non-performing loans, which dropped to 3.1 percent, significantly a lower level compared to other countries in the region.
Loan interest rates continued the downward trend thus contributing further improving of conditions for access to bank financing. The average interest rate on loans at the end of 2017 was 6.8 percent, compared to the 7.2 percent recorded in the same period last year.
Of particular importance is also the improvement in the performance of the insurance sector, which after a long period of financial fragility, managed to improve performance and mark a net profit of 6.4 million euros. This performance improvement reflects the success of CBK's regulatory and supervisory measures for this sector’s performance remediation. The microfinance sector recorded a growth of lending activity, while the total assets value reached 193.5 million euros, representing a significant annual growth of 29.4 percent. Pension funds were characterized by a positive performance in 2017, with total assets value reaching 1.65 billion euros, a significant increase of 16.0 percent in assets, and double return on investment reaching 103.1 million euros in 2017.
In order to maintain a stable banking system, the CBK during 2017 has conducted examinations in commercial banks in accordance with the plan and pursuant to international practices in the relevant field. A special attention was paid to the credit risk, liquidity risk, market risk and other risks, based on a risk-based approach supervision.
The Central Bank of the Republic of Kosovo has paid a great attention to the protection of the financial services users. During the last year, 602 complaints from financial service users (natural and legal persons) were reviewed by the CBK, of which 335 complaints were deposited against banks, MFIs, NBFIs and pension funds, while 267 complaints were deposited against insurance companies. During 2017, the CBK has paid a great attention to adapting the Basel Framework for the Capital Adequacy, the Law on Microfinance Institutions and Non-Bank Financial Institutions, the new Law on Consumer Protection, supplementing the regulatory framework for Supervision of Insurers, supplementing the regulatory framework for supervision of pension funds and legal and regulatory support to the Financial Supervisory Pillar. The CBK continued to benefit from the technical assistance during 2017, provided by international financial institutions and various donors, for existing projects as well as for new initiatives.