The Central Bank of the Republic of Kosovo in cooperation with the US Embassy in Kosovo, within the framework of financial education activities, with the motto “Financial Education for Smart Decisions” marked the International Savings Day. 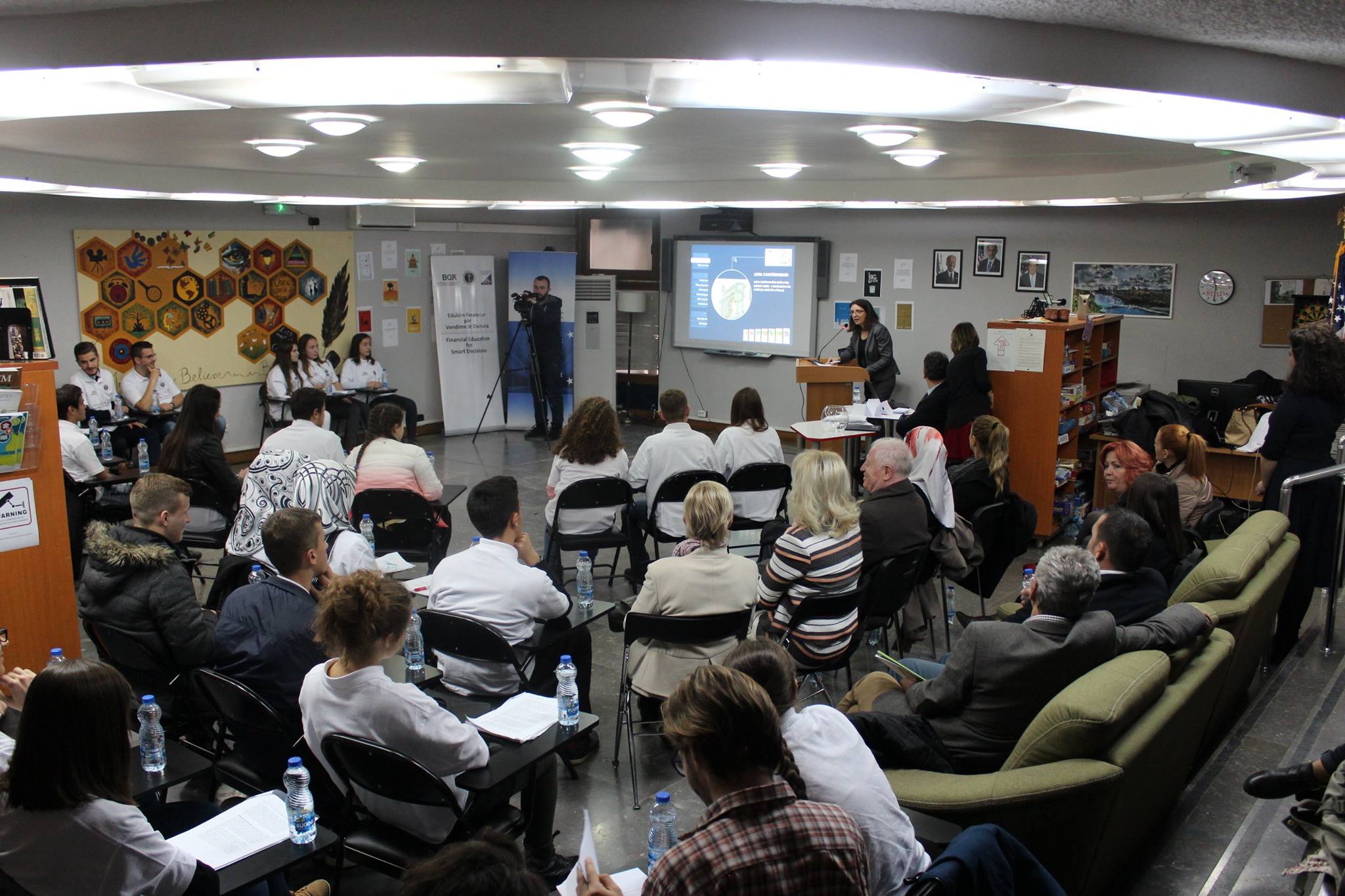 The CBK marked this day with students of secondary schools of the capital. The event was marked with a knowledge quiz, which highlighted the commitment of participating students for the financial education. Initially Mrs. Ajshe Ramosaj, financial education officer at the Central Bank of Kosovo, wished success to all students participating the competition and mentioned the quiz importance and rules. Later, the CBK officials, informed students in details about the security features of euro banknotes. Mr. Islam Bahtiri, senior cash operations officer at the CBK, informed students on the euro banknotes details. He emphasized that there are 18 European Union countries that have adopted the euro as their currency as well as 5 other countries that use the euro currency - including Kosovo.

Then, the quiz started with students divided into ten groups, each group representing their school. Earlier, to each of them was given a brochure prepared by the CBK Department for External Relations about the role of the Central Bank of Kosovo in the country’s economy, monetary policy in Kosovo, securities, payments system , licensing of financial institutions, financial sector structure and other issues around the field of economy and finance. Following today's activity, they competed by challenging their knowledge on the financial sector. On the basis of knowledge shown during the quiz, the first place took High School "Xhevdet Doda", the second place High School "Alauddin" and the third place belonged to the High School "Shtjefën Gjeçovi". All participating schools received rewards and recognitions. The winning groups will be welcomed by the CBK Governor and the US Ambassador in Kosovo.