The CBK Delegation, led by CBK Governor, Fehmi Mehmeti, is participating in the Conference organized by the International Monetary Fund and the Central Bank of Croatia entitled “Demography, Employment, and Growth: towards the future of Central, East and Southeast Europe”, which is being held in Dubrovnik, Croatia.
During this conference, the CBK Delegation, led by Governor Mehmeti, held a meeting with Deputy Director of the International Monetary Fund, Tao Zhang, and briefed him on the overall developments in the financial system and expressed his gratitude to him for the continued support that the IMF has been giving CBK over the years.
Also, Governor Mehmeti took the opportunity to thank Mr. Zhang for the approval of the Financial System Stability Review (FSSR) mission, which has been extremely useful for the CBK in order to diagnose the state of the financial system of the Republic of Kosovo. 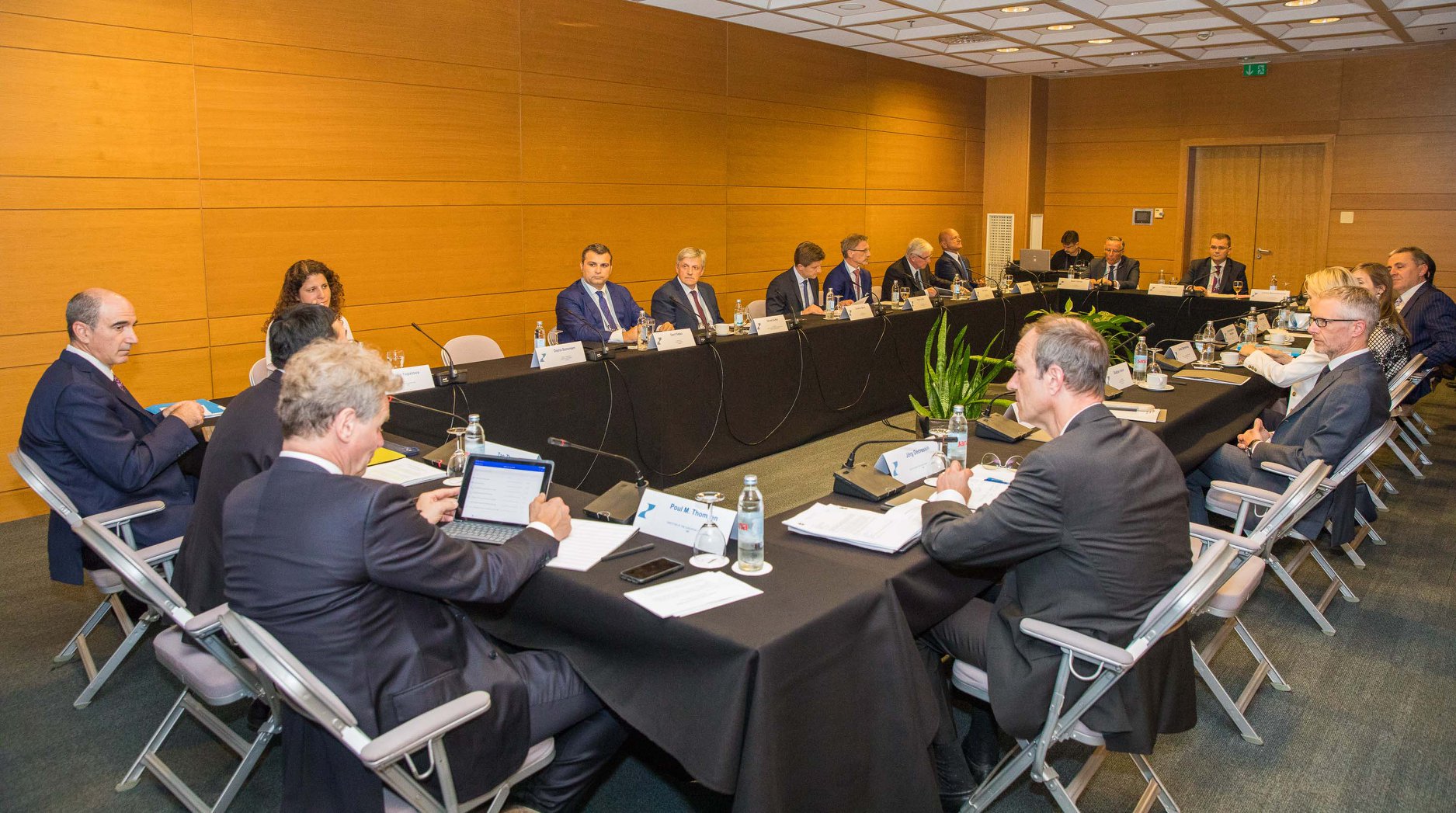 During the conference, the Governor presented Kosovo's views on demographic factors and their impact on the labor market, both in Kosovo and in the Western Balkans countries.
On this occasion, Governor Mehmeti emphasized the need for focusing not only on the positive aspects but on the need for more detailed research to correctly understand the negative effects of immigration for our countries.
He also stressed the need to address this issue with a multi-dimensional approach to the Western Balkans, in particular improving the quality of governance, empowering institutions and economic policies to create an environment that encourages not only the staying but also the return of the diaspora to our countries, including capital for investment in countries of origin.