Regarding the program "Professional internship for students" the Central Bank of the Republic of Kosovo (CBK) this year has enabled for ten outstanding students of universities of the country but also those studying abroad to attend the professional practice. The objective of this program is to attract students with higher scores who show a high level of motivation, desire and interest to work in the CBK and also to share with them the experience of the CBK staff.

This year, unlike previous ones, the Central Bank of the Republic of Kosovo has organized professional practice by directly engaging students in a research project led and supervised by the Department of Statistics. This year, the objective of students practice was the survey in three border crossings with the target group: Kosovo emigrants crossing over these border-points after their visits to Kosovo. Students participating in August 2016 in the role of the surveyors were divided in three customs points in Kosovo to carry out surveys with Kosovar emigrants who left Kosovo after their visits during the summer season. The purpose of this survey was to gather information regarding the level and structure of expenditures of non-residents during their stay in Kosovo. 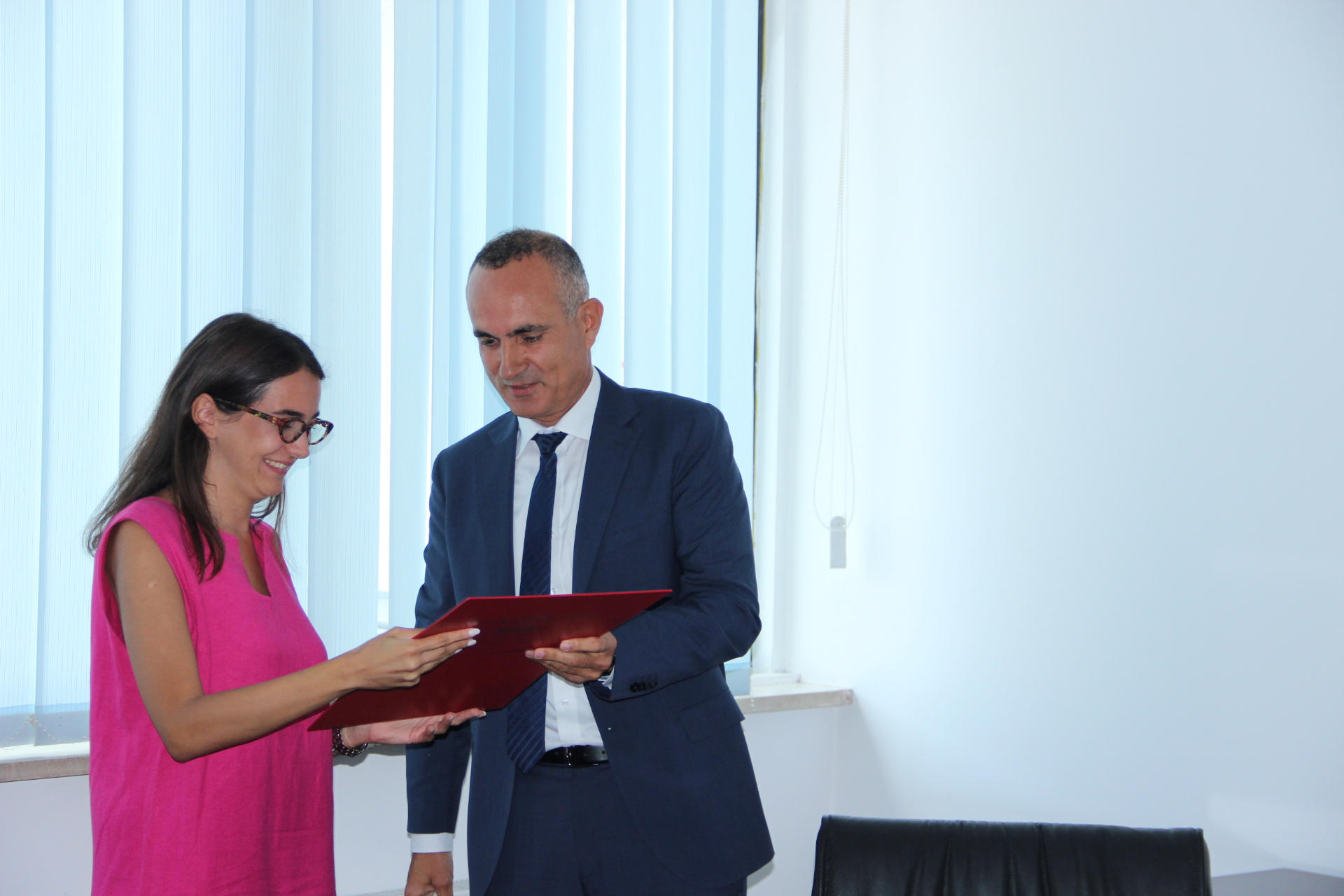 Divided into groups, the students have managed to cover the main border points and through these gates complete approximately three thousand questionnaires from non-residents citizens of Kosovo, living in Western countries, who during the time of survey were leaving the country through land border points and from Pristina Airport.

Information obtained through a survey of non-residents will be used as a template to assess the level and structure of expenditures of non-residents during their stay in Kosovo. The information collected from respondents will enhance the quality of the estimates for the balance of payments statistics and as a result a better understanding on the financial impact of the Diaspora in the Kosovo economy.

Upon the practice completion, to honor the work and dedication during the implementation of this survey the CBK organized a ceremony for awarding certificates to the students attending the Professional Internship for Students program. For their work, discipline and dedication in carrying out this study, the students were congratulated by Deputy Governor Mr. Lulzim Ismajli, who encouraged students to follow the path of professional and academic advancement, hoping that any of them will be part of financial institutions, whether in the country or in the international institutions to which Kosovo participates. Students thanked the CBK staff for experiences gained with particular emphasis on the Department of Statistics where were systemized for a month. At the end of the ceremony, Deputy Governor Ismajli awarded certificates to all students participating in this ceremony.