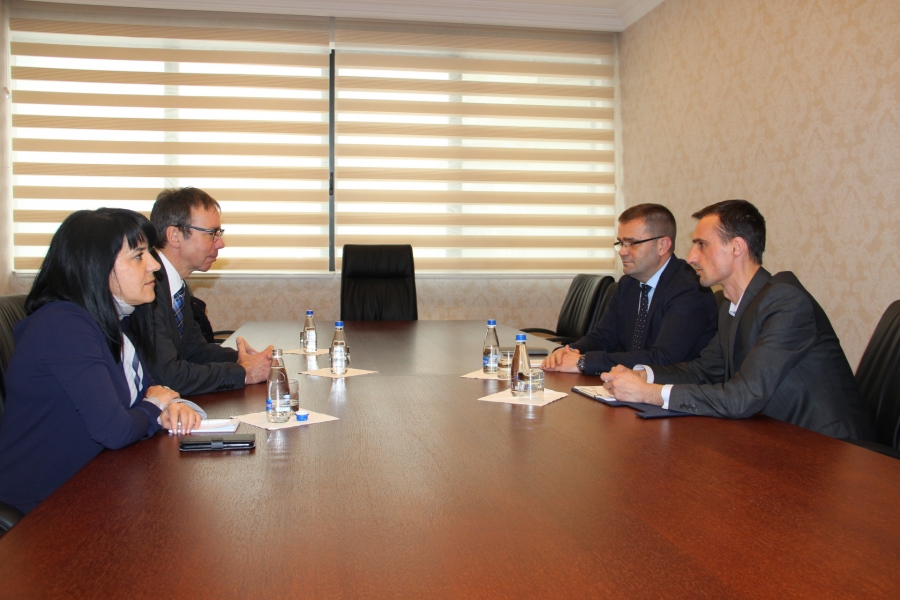 Acting Governor of the Central Bank of Kosovo, Mr. Fehmi Mehmeti, hosted the KfW Head of the Division of Financial Sector and Economic Development for Southeast Europe and Turkey, Mr. Markus Aschendorf. At the meeting, Governor Mehmeti informed Mr. Aschendorf on recent developments in the financial sector and financial soundness indicators.

Acting Governor Mehmeti thanked KfW representative for ongoing support to the Republic of Kosovo through various projects related to the country's economic development and especially for their contribution to the Kosovo Credit Guarantee Fund, in capital increase of 7.45 million euros, of which 5.45 million euros for the Agro-Window dedicated to the agricultural sector.

Head of the Division of Financial Sector and Economic Development for Southeast Europe and Turkey, Mr. Markus Aschendorf thanked Mr. Mehmeti for the reception and congratulated him for the achievements of the Central Bank of the Republic of Kosovo and at the same time for the performance of the financial system. Mr. Aschendorf expressed the commitment of the institution for further support to Kosovo's economic development through various projects, especially in support of the agricultural sector and new businesses.