The Budget and Finance Committee approved the Annual Report 2018 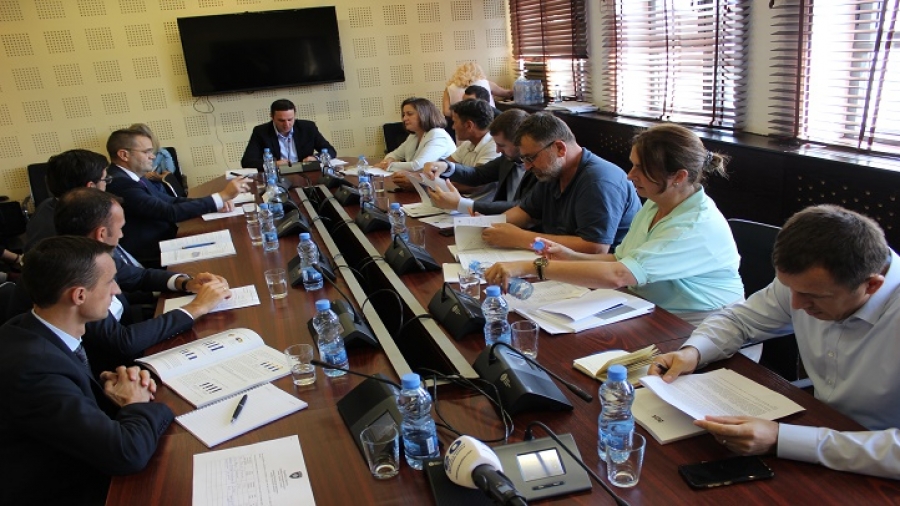 During the reporting before members of Budget and Finance Committee of the Assembly of Kosovo, the Governor of the Central Bank of the Republic of Kosovo, Fehmi Mehmeti, said that the Annual Report 2018 as foreseen by the Law on CBK provides an overview of economic developments and activities that have been carried out by the Central Bank of the Republic of Kosovo, and that it has successfully fulfilled its objectives as foreseen by law.
Governor Mehmeti said that the  Annual Report 2018 states that the financial sector continued to grow and have a high level of sustainability, and continues to be an important contributor to the country's economic development.
“The value of total financial sector assets in Kosovo amounted to EUR 6.32 billion, which constitutes an annual growth of 6.9%. It is worth noting that there is a continuation of banking sector credit growth with an annual growth of 10.9% and a further decline in non-performing loans, which in December were 2.7%. There is a significant decline in the effective interest rate on loans, which has led to improving access to finance and increasing the level of financial brokering. Also, one of the main factors influencing economic growth in the country is increase in crediting, and this indicates the role of the banking sector in boosting the country's economic development. Of particular importance is the development of the positive performance of the insurance sector. It is the second year that this sector has positive financial performance results. In 2018 managed to have positive result and this shows that despite the measures taken by the CBK, despite the losses it has had over the years, this sector has managed to consolidate and this is the second year with a positive financial result, which is continuing in this year as well”, said Governor Mehmeti.
Before the committee members, the Governor also spoke about CBK's activities, starting from the continuous work in advancing secondary legislation and aligning it with the international standards.
“We have started to implement Basel 3 requirements, which are currently being applied in the European Union, and at the same time we have approved the regulation for the implementation of IFRS9, which started to be applied in the EU in January 2018. The report also reflects the advancement of capacities in all areas, including the oversight of banks, insurance and other financial institutions. The oversight is being implemented in accordance with the best international practices, through which we have started to oversee the risk-based industry. We managed to obtain a much greater amount of information as a result of the new reporting framework and oversight from the outlook perspective. The IMF mission was here in the first quarter of this year and based on their assessment, they highly appreciated the achievements in the financial sector”, stated further Governor Mehmeti, adding that the report of the external auditor has also highlighted the good governance that has characterized CBK during 2018.