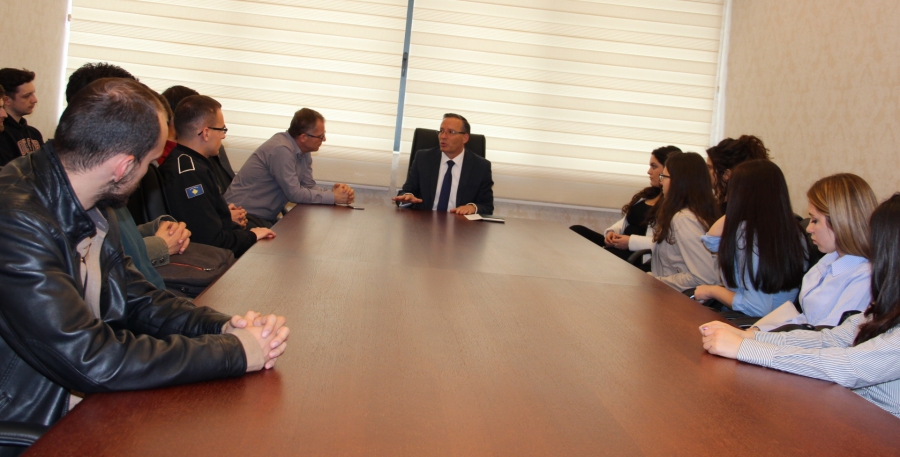 The Central Bank of the Republic of Kosovo was visited today by a group of students in the field of economics of the American University in Kosovo - (RIT Kosovo). Students were welcomed by the Governor of the Central Bank of the Republic of Kosovo Mr. Bedri Hamza, who closely informed students on the role and functions of the CBK in the Kosovo economy. Governor Hamza talked about the financial system in Kosovo by discussing the details of financial indicators and the economy in general. The Kosovo monetary structure was also discussed, focusing on the Kosovo experience with euroisation of its economy, challenges and benefits. Students were also informed on the CBK internship program, which is a good opportunity for the students to closely familiarize with the activities of different departments in the CBK. Also, students had the opportunity through questions to reinforce the knowledge gained from the subject of economy.