Mehmeti: the CBK will support projects that enable economic growth and creation of new jobs 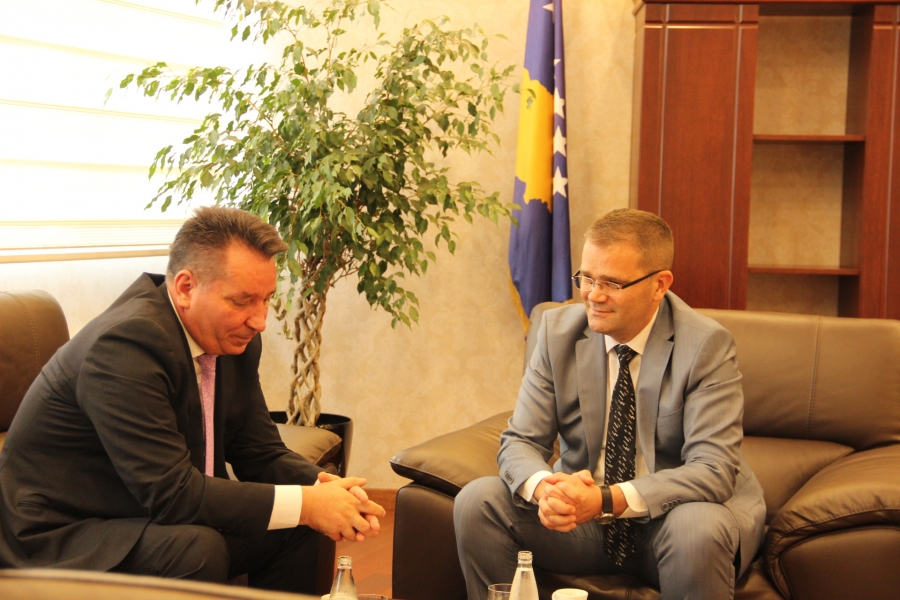 Governor of the Central Bank of the Republic of Kosovo, Fehmi Mehmeti, hosted the meeting with the Minister of Infrastructure, Pal Lekaj.
The topic of this meeting was the general developments in the banking sector and the support that the CBK can provide in the implementation of infrastructure projects.

Governor Fehmi Mehmeti informed Minister Lekaj about the general trends in the Kosovo financial sector and on the CBK engagement for further development of this sector.
"We as the CBK are committed to support economic development, financial and banking stability in Kosovo. We are also committed in supporting Kosovo's institutions in the implementation of projects aiming at economic development and creation of new jobs", said Governor Mehmeti.

On the other hand, Minister of Infrastructure, Pal Lekaj, thanked Governor Mehmeti for the support in realization of various infrastructure projects.