“The dynamics with which international financial regulation is developing requires considerable resources to be implemented by central banks, and this certainly represents an important challenge for smaller central banks, such as the CBK and other banks in our region. However, through events like this we will be able to unite our energies and experiences in order to be most effective in pursuing and implementing the best international standards.

For a new banking system like Kosovo, of course, the implementation of Basel III, IFRS 9 requirements and the implementation of regular Bank Resolution procedures has been and is still quite challenging. However, with the support of our international partners we have made significant progress and today our financial regulation is managing to support the sustainable development of the country's financial system, " stated Governor of Central Bank of the Republic of Kosovo, Fehmi Mehmeti at the workshop: Western Balkans : Banking Regulatory Reforms and their Implementation - Challenges ahead, jointly organized by the Central Bank of the Republic of Kosovo and the German GIZ.

The Governor of the Central Bank of the Republic of Kosovo, Fehmi Mehmeti, emphasized that CBK and other central banks of the region have timely established as a very important priority the continuous implementation of the best international standards in the field of financial regulation. 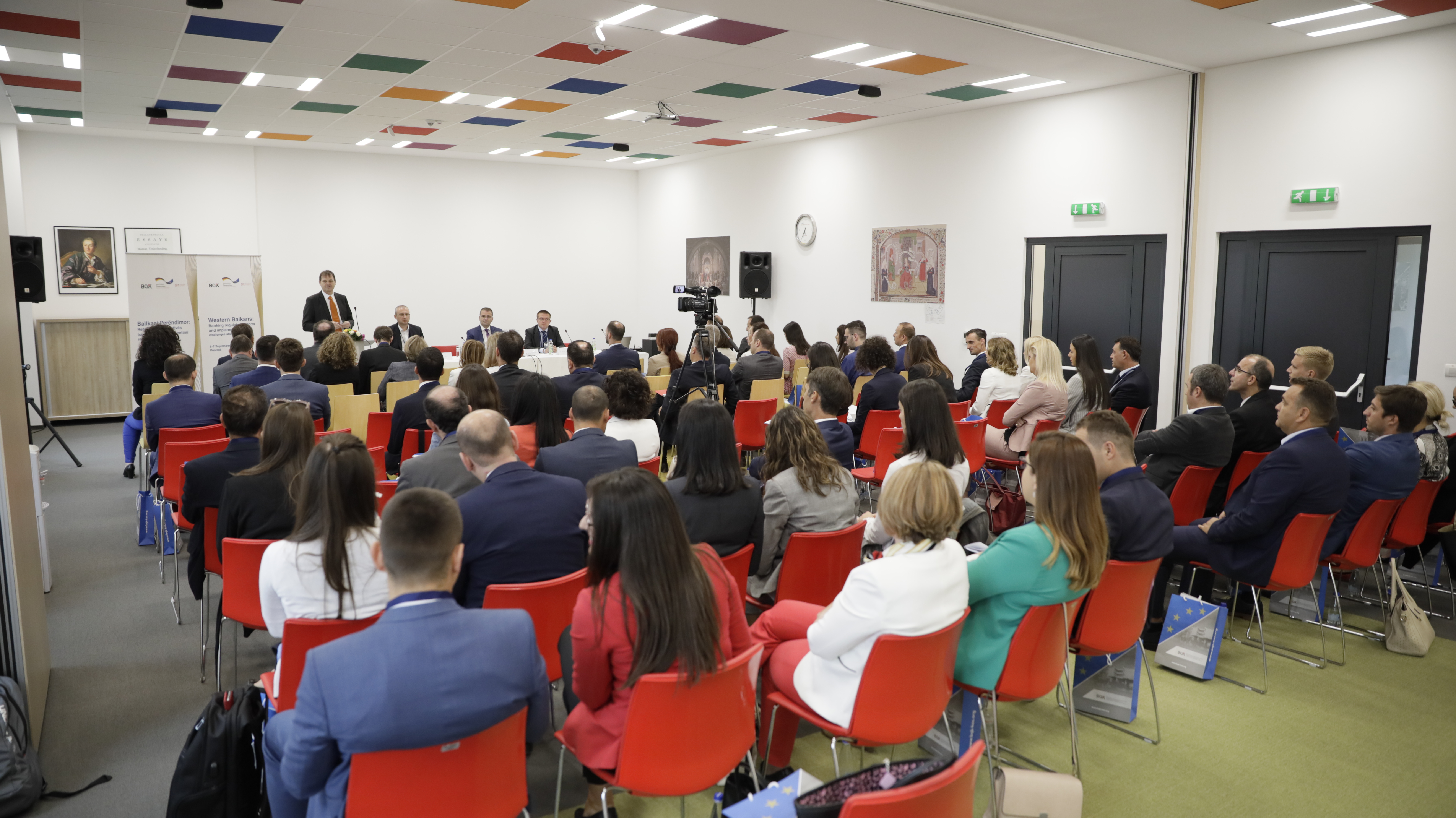 He further stated that Kosovo's banking sector remains one of the most successful sectors and with a steady growth trend.

“Even during 2018, the banking sector continued to show consistency of the constituent components of liquidity, profitability and capital. According to the latest data of June 2018, the total value of banking sector assets amounted to 3.9 billion euros, while the asset structure continued to be mainly financed by deposits and focused on lending activity. The total value of banking sector loans in June 2018 was about 2.7 billion euros, which represents an annual growth of 11.3%.
The non-performing loans ratio declined to 2.8% at the end of June from 3.9% in the same period of the previous year, indicating a fairly sound business of banks operating in our country. Total deposits account for about 3.1 billion euros, while the banking sector's liquidity situation continues to be stable. The ratio of liquid assets to liabilities with a maturity of up to one year is estimated at 33.2%, which is well above the regulatory requirement of 25.0%. The banking sector continues to be well-capitalized. The risk-based capital ratio in June 2018 was 17.4%, which is well above the CBK regulatory requirement of 12.0%, " said Governor of the CBK, Fehmi Mehmeti. 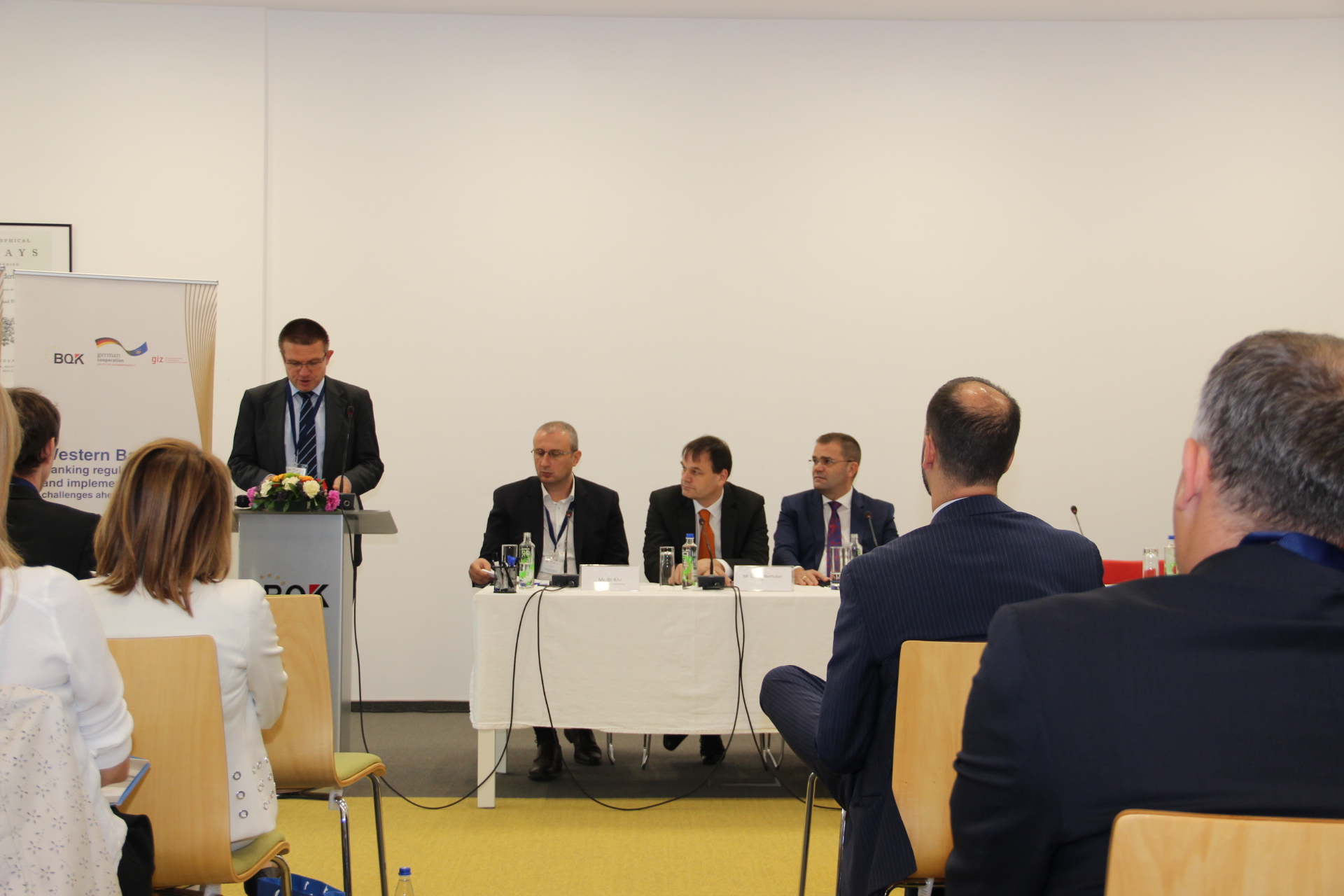 The many participants from the country and the region have received the most up-to-date information on the international regulatory framework for banks known as Basel 3 and future changes to this framework.

There were also discussed the challenges of Western Balkan banks in carrying out the reforms and implementing the regulations, as well as the EU banking sector directives.

In this workshop, which is to continue on Friday, presentations will be delivered by the officials of the European Central Bank, the International Monetary Fund, the BAFIN, the Deutsche Bundesbank and several banks of other EU member states.