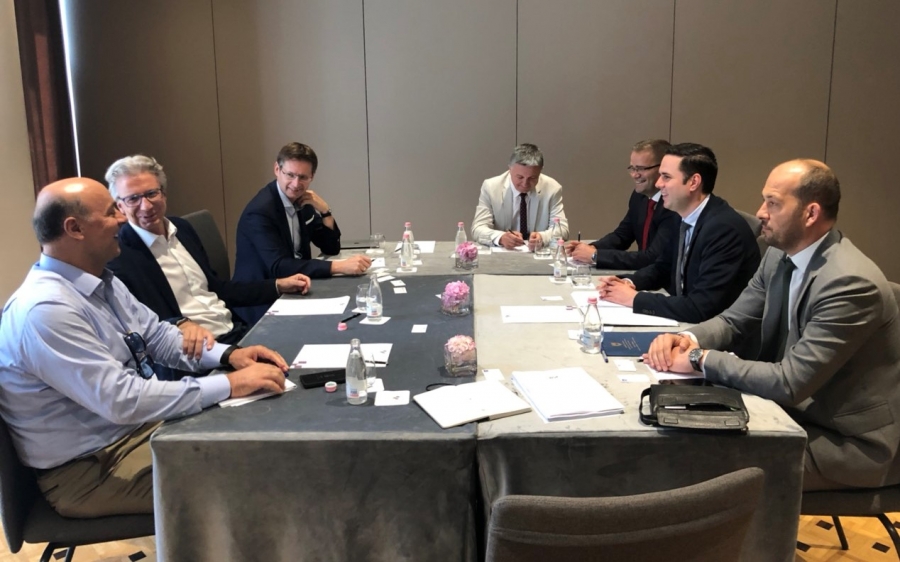 The Governor of the Central Bank of the Republic of Kosovo, Fehmi Mehmeti together with the Chairman of the Committee on Budget and Finances in the Kosovo Assembly, Lumir Abdixhiku and other Kosovo Government officials in charge for resolving the Green Card issue met with "Uniqua Group Austria" senior representatives to discuss the possibility of coverage of Kosovo by the Austrian state.

At this meeting, initiated by the CBK Governor, Fehmi Mehmeti, he has informed the “Uniqua Group Austria" representatives with the measures undertaken by the CBK to assist all the institutions involved in the process in order to finally resolve this issue.

“The Central Bank of Kosovo, since the beginning, was involved in resolving this issue of great importance for the Kosovo citizens, who due to its absence, cannot move freely with their vehicles, as well as in removing of payments of migrants to be paid upon the entry to Kosovo despite of possessing a Green Card”, said Governor Mehmeti.

At this meeting, it was also arranged a meeting in Vienna with representatives of the Austrian Bureau in order to finalize this process as soon as possible.