In the framework of the Global Money Week, the Kosovo Central Bank officials held a lecture on the securities auction, for the students of the University of Prizren, "Ukshin Hoti".
In this lecture was stated that the banking system in Kosovo is stable, while the value of internal debt of the government has so far reached in 13.5%, which is an additional source of revenue for the Kosovo Government.
The CBK Deputy Governor for Banking Operations, Lulzim Ismajli stated that the securities project was satisfactorily implemented in Kosovo and it is of great importance for the normal functioning of the country. 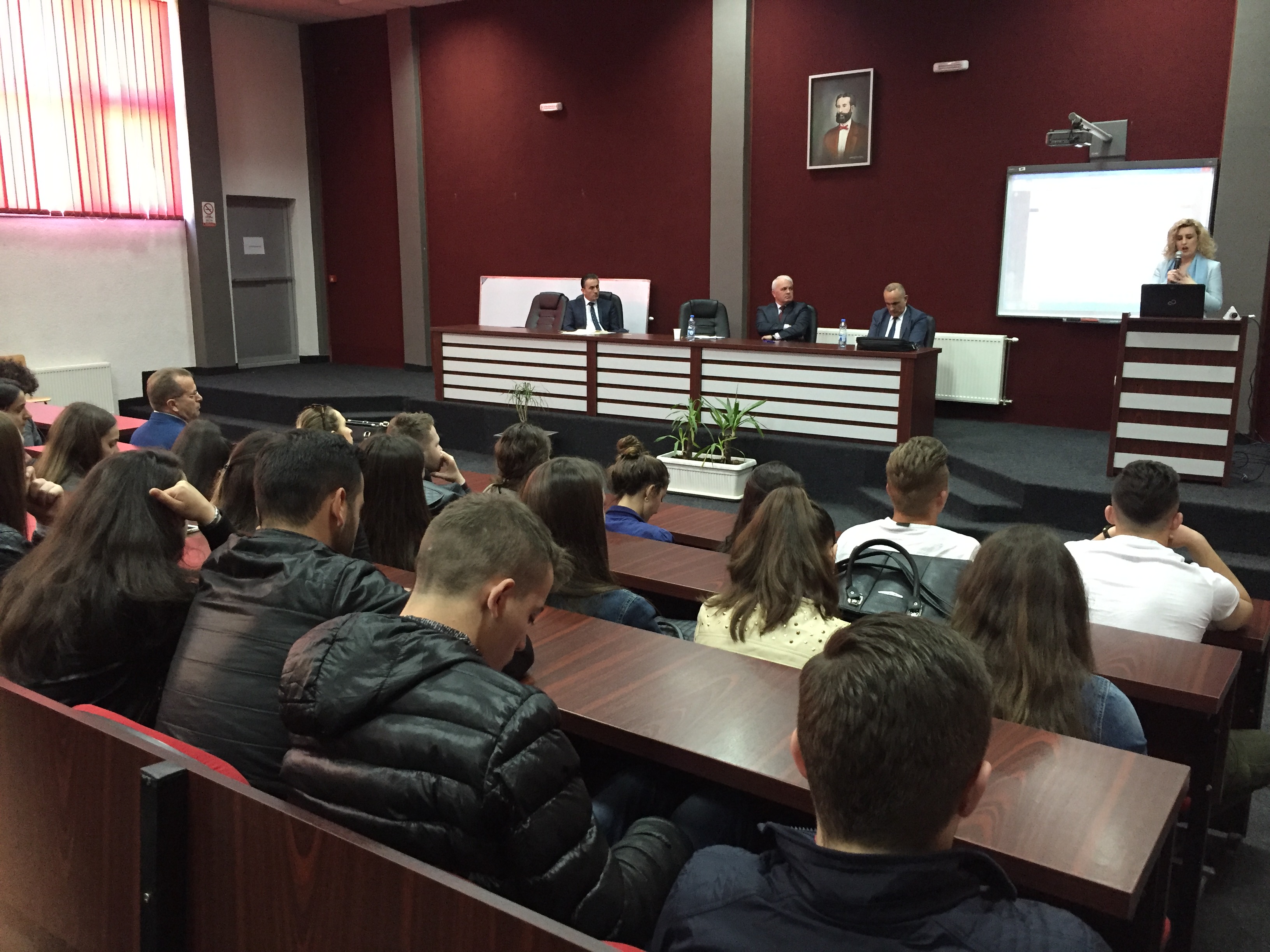 “Regarding the debt, there are two types of debts, the internal and external. Internal debt is the securities project which was developed in 2011 in cooperation with the CBK while the foreign debt is the debt which the Government takes from time to time for specific projects that are implemented in Kosovo. I will mention two internal debt projects: for example the water project that was conducted in Pristina and the other project was the project of interest", he said.
“Internal debt has so far reached 13.5% of GDP. This is an additional source of revenue for the Government," he added.

Whereas, the Asset Management Director, Shkëndije Nahi, explaining the importance of securities, stressed out that the first auction that began in 2012 was attended by all banks in the country.
“Regarding the development of the securities market, the first auction was held in January 2012 and attended by all banks in Kosovo; this auction has been successful and all following auctions continue to be successful. Regarding Government securities market, the legal infrastructure of securities was developed prior to auctions placement,” she said.
Students were interested to know more about public debt so they addressed questions to the Deputy Governor Ismajli. 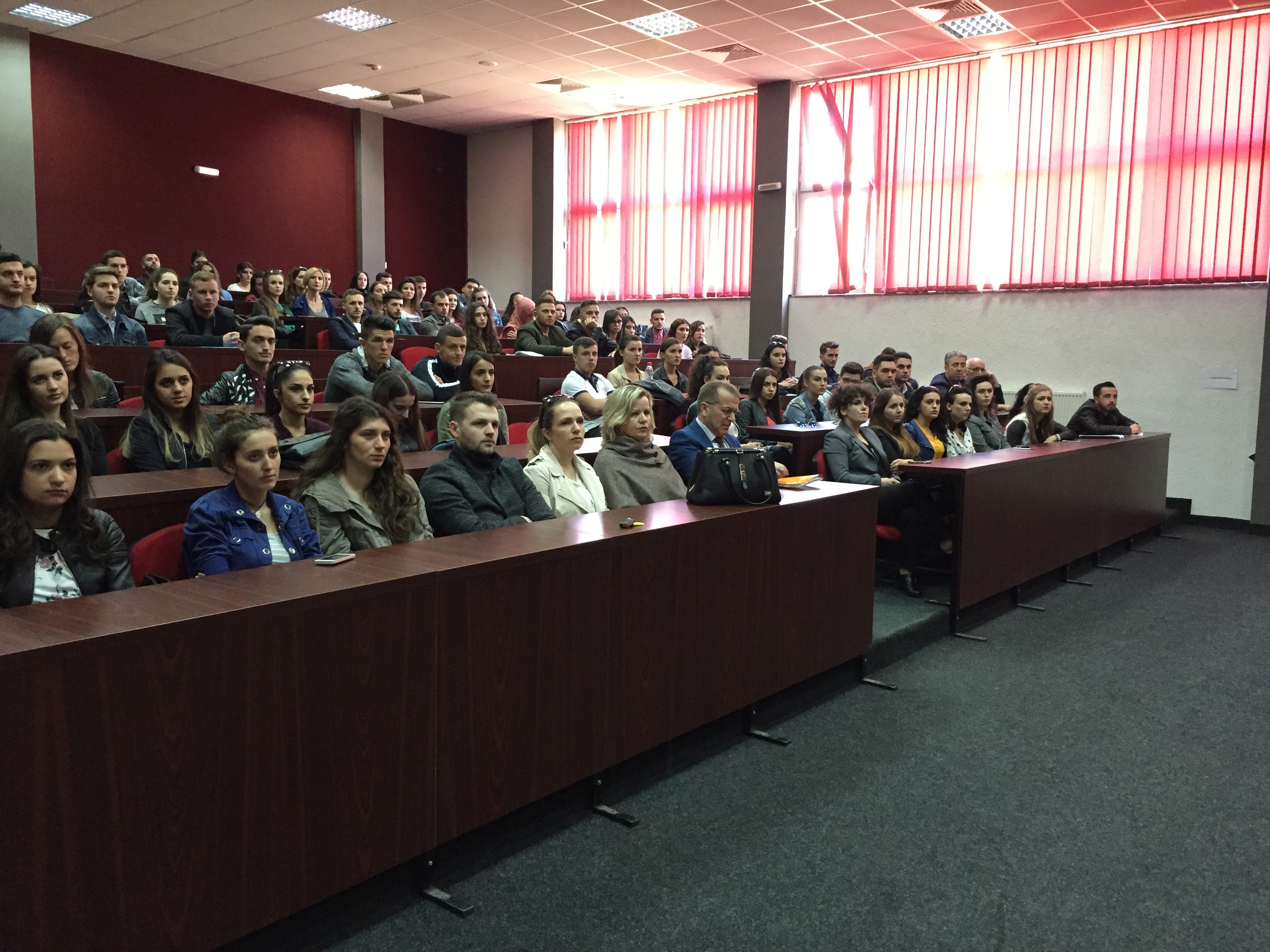 “Since the Kosovo budget is approved in the amount of two billion euros, we assume that this year's economic growth rate will face the deficit, and cover of deficit would also increase the share of the total internal debt, so may the permitted limit of 20 percent of GDP be exceeded. How liquid will be the country regarding this?” the student Fisnik Haziraj said.
Deputy Governor answering students' questions said that the public debt it is allowed up to 40 percent of gross domestic product.