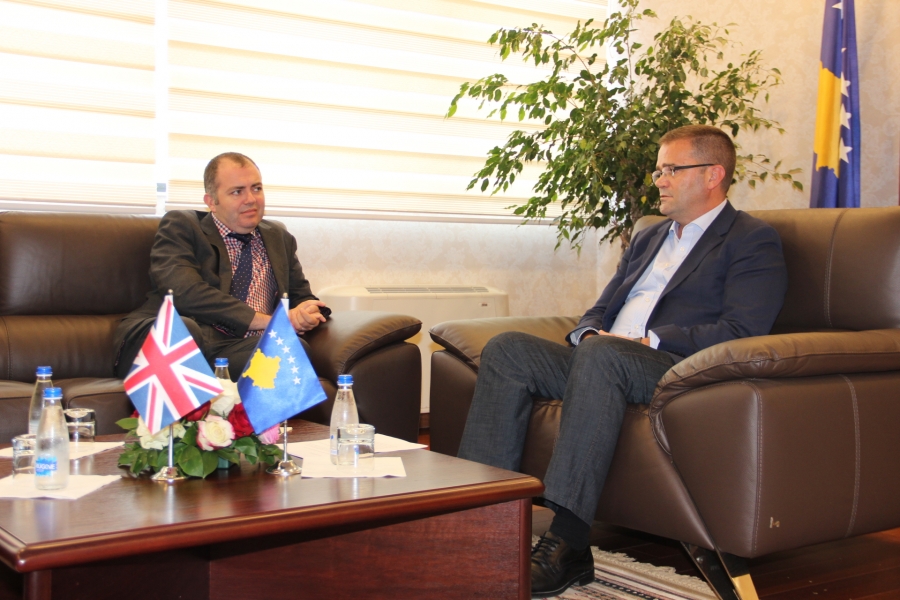 The Governor of the Central Bank of the Republic of Kosovo, Fehmi Mehmeti, hosted in the meeting the Deputy Head of Mission of British Embassy in Kosovo, Tom Adams.

Governor Mehmeti informed the Deputy Head of Mission, Adams, on developments in the country's financial sector and specifically the banking sector's good performance, emphasizing the growth of this sector's activity in support of the country's economic development and the high degree of sustainability achieved by this sector.
Governor Mehmeti thanked the Great Britain for the ongoing support to the Central Bank of Republic of Kosovo and expressed his readiness to strengthen further the excellent cooperation with the British Embassy.
The Deputy Head of Mission of British Embassy in Kosovo, Tom Adams, thanked the Governor Mehmeti for the reception and expressed the willingness for future cooperation with the CBK.