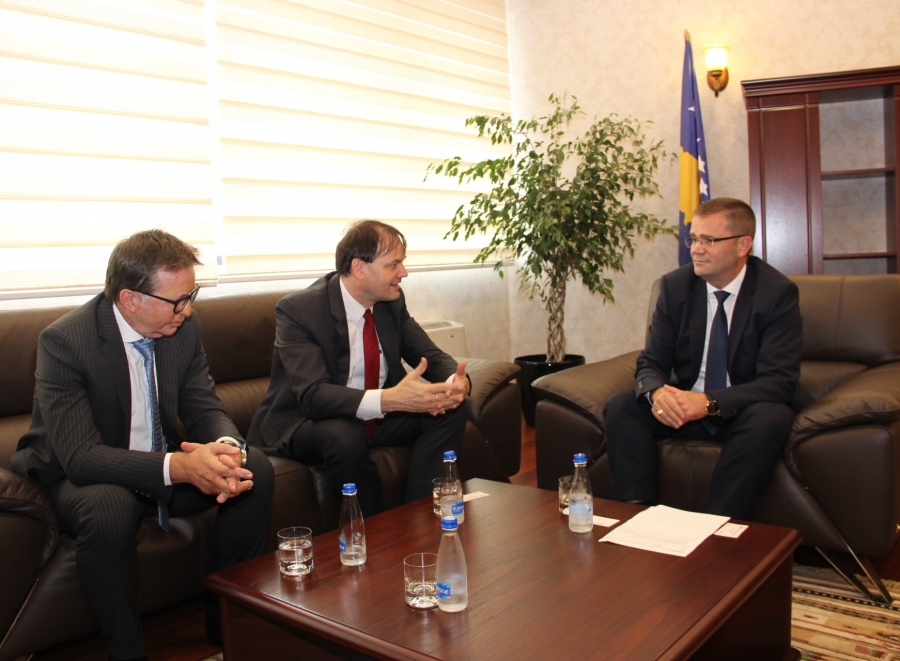 GIZ country director Mr. David Oberhuber visited today the Central Bank of the Republic of Kosovo, where he was welcomed by the Governor Mr. Fehmi Mehmeti.

On this occasion, Governor Mehmeti congratulated Mr. Oberhuber on his new position and welcomed him to the Republic of Kosovo.
In this meeting, The Governor informed him about developments in the country's financial sector, emphasising the growth of this sector's activity in support of the country's economic development and the high degree of sustainability achieved by this sector.

Governor Mr. Mehmeti expressed his great appreciation for the ongoing support provided by the German Government for the institutional development of the CBK and for the economic progress of the country in general.
Governor Mr. Mehmeti articulated his ongoing commitment in advancing all the CBK functions combined with the clear aim to strengthen further the excellent cooperation with the GIZ office in the Republic of Kosovo.

GIZ country director David Oberhuber commended the Governor Mr. Mehmeti for his election in the post of Governor and encouraged the CBK to continue its path in regulating and supervising the financial sector as well as maintaining its role in providing stability of the sector.