Governor Mehmeti was assured of additional support from BaFin by the BaFin President Dr. Felix Hufeld 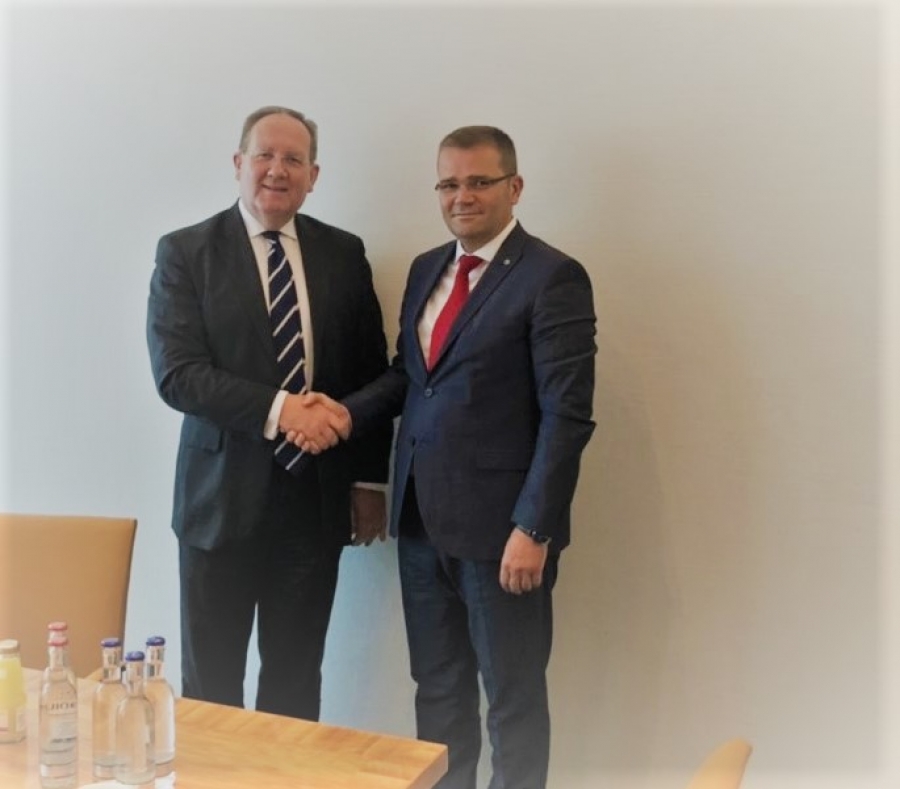 Governor of the Central Bank of the Republic of Kosovo, Fehmi Mehmeti during the official visit to Bonn and Frankfurt, Germany, met with the President of the Federal Financial Supervisory Authority (BaFin), Dr. Felix Hufeld.
At the meeting, Governor Mehmeti informed the BaFin President,Dr. Hufeld on the recent developments in the financial system in general and the banking sector in particular.
Governor Mehmeti expressed the most sincere gratitude for the continued cooperation and support that BaFin and the German Government have given to the CBK and the Republic of Kosovo in general, hoping that this cooperation and support will continue further.
On the other hand, President of BaFin, Dr. Hufeld, initially congratulated Governor Mehmeti on his appointment as the new Governor of the CBK, welcoming him to BaFin and assuring him on further support and cooperation between two authorities.
In the days to come, Governor Mehmeti will have high-level meetings with the Bundesbank and the European Central Bank representatives.