Governor Mehmeti: The CBK has greatly benefited from the World Bank support 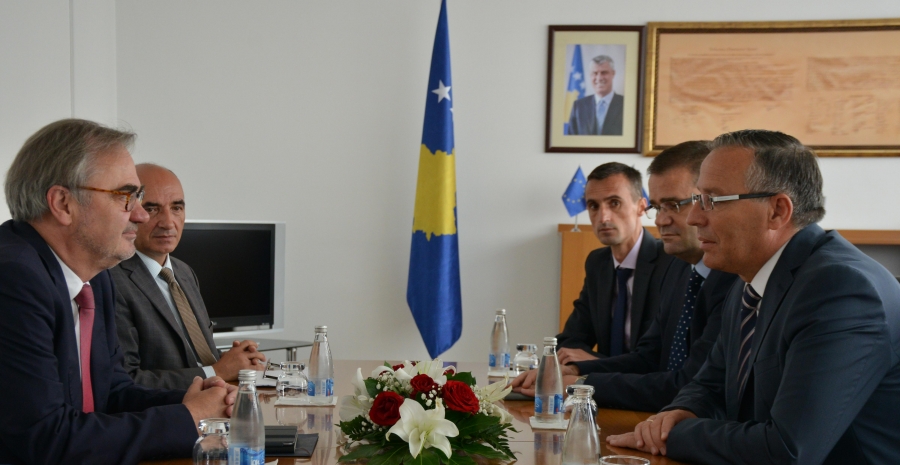 The Governor of the Central Bank of the Republic of Kosovo, Mr. Fehmi Mehmeti and the Minister of Finance, Mr. Bedri Hamza met Mr. Franciscus Godst, the Executive Director at the Board of the World Bank Group, representing the constituency of Kosovo.
Governor Mehmeti informed Mr. Godst on recent developments in the country’s finance sector and co-operation with international financial institutions with special emphasis on the World Bank.
Governor Mehmeti and Minister Hamza thanked Mr. Godst, who as the Executive Director of the Constituency of Kosovo has correctly represented our country in the World Bank executive forums.
Meanwhile, the Executive Director of the World Bank Group Constituency, Mr. Franciscus Gods, highly praised the economic situation and macro-fiscal stability in Kosovo and expressed his conviction that the positive trend of economic growth in Kosovo and macro fiscal indicators will remain at satisfactory levels, so that Kosovo continues on the path of economic and social progress.
Mr. Godst expressed the World Bank’s readiness to support Kosovo in the period to come.