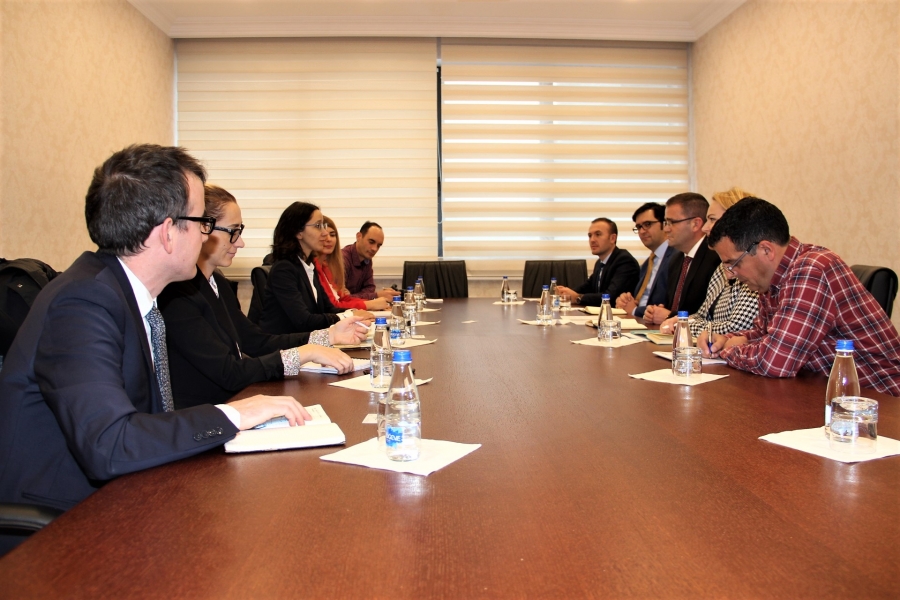 Governor Mehmeti informed officials of this mission of the financial system situation.

On this occasion, Governor Mehmeti stated that the financial sector has had positive developments, where bank lending marked an annual increase of more than 11.5%, whereas credit interest rates decreased to 6.6%, whereas the non-performing loan rate marked a decrease of around 2.7%.

Moreover, Governor Mehmeti informed the mission of the ongoing activities of CBK for further advancement of the regulatory framework of the financial system according to the best international standards.

World Bank Mission, chaired by Asli Senkal, Economist, Ekaterina Vostroknutova, Lead Economist and other officials thanked Governor Mehmeti for the ongoing cooperation, and discussed on the manners for further increasing the cooperation between World Bank and CBK.

The main objective of the World Bank Mission, which will stay this week in Kosovo, is to identify the possible actions to be supported by the Development Policy Funding Operation.