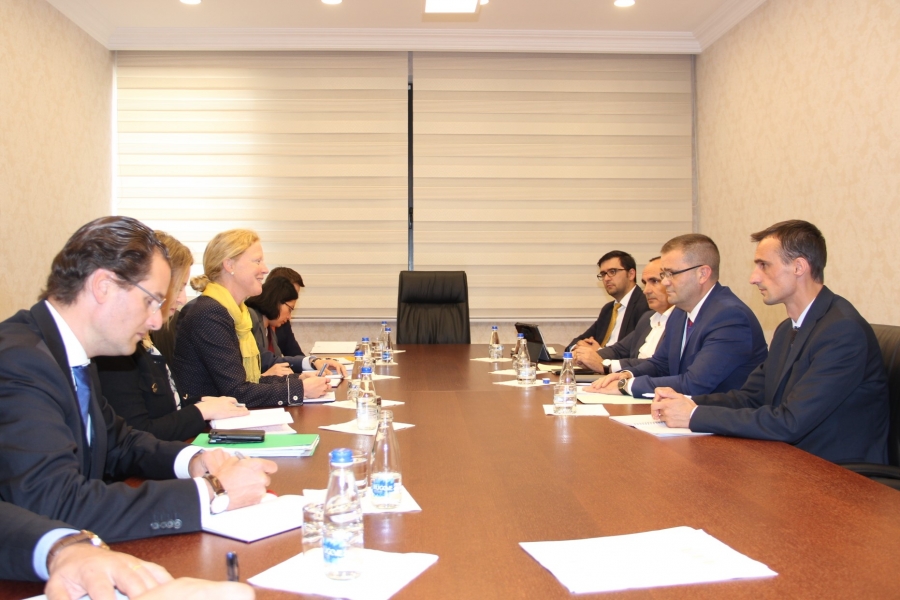 The Governor of the Central Bank of the Republic of Kosovo, Fehmi Mehmeti, welcomed the introductory meeting with the new International Monetary Fund mission led by Stephanie Eble, the Head of the International Monetary Fund Mission in Kosovo.
Governor Mehmeti informed the participants on the actual situation in the financial system of Kosovo in general and the banking system in particular, which continues to be stable and is continuously growing.
Governor Mehmeti thanked the IMF for the ongoing support to Kosovo and especially to the Central Bank of the Republic of Kosovo in achieving its objective to promote and maintain financial stability, which is constantly increasing.