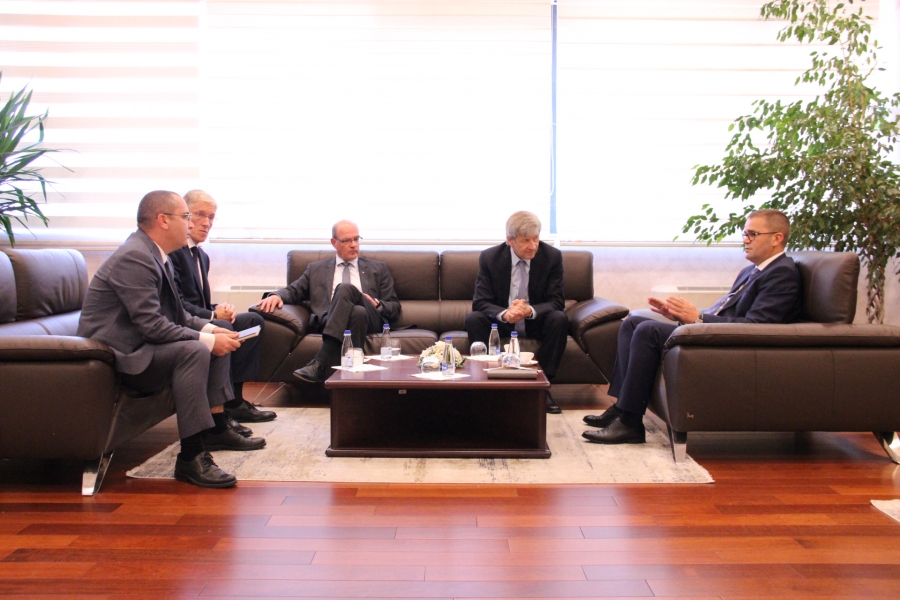 In the meeting was discussed about the positive developments of the banking sector, future challenges and the role of this sector in the economic development of Kosovo.

In this occasion, Governor Mehmeti congratulated Raiffeisen Bank representatives for the opening of the new head office and thanked Dr. Strobl for investments of Raiffeisen Bank in Kosovo , stressing that this investment is an indicator of the commitment to continue supporting the financial sector in the future.

Governor Mehmeti also informed representatives of Raiffeisen Bank about the positive developments in improving the regulatory framework in order to accelerate the integration of Kosovo's financial sector into the European Union.

On the other hand, the representatives of Raiffesien Bank thanked Governor Mehmeti for the continuous support of the financial sector and congratulated the CBK on the development initiatives aimed at advancing the supervision of the financial system.