In the light of financial education activities, the Governor of the Central Bank of the Republic of Kosovo, Fehmi Mehmeti, hosted in a meeting the staff and students of University "Haxhi Zeka" from Peja with whom he discussed about the CBK's role in the financial system and the plans for the future.

Governor Mehmeti said to the students that the banking, insurance and pension sector, as well as the microfinance institutions, have experienced positive developments during this year.

"Thanks to the engagement of the Central Bank of the Republic of Kosovo, the interest rate on loans has decreased to 6.4%, and has a continuous decreasing trend. During the last two years there were positive developments in the insurance sector as a result of measures undertaken by CBK. During this year as well CBK continued to supply the market with the Euro currency", said Governor Mehmeti. 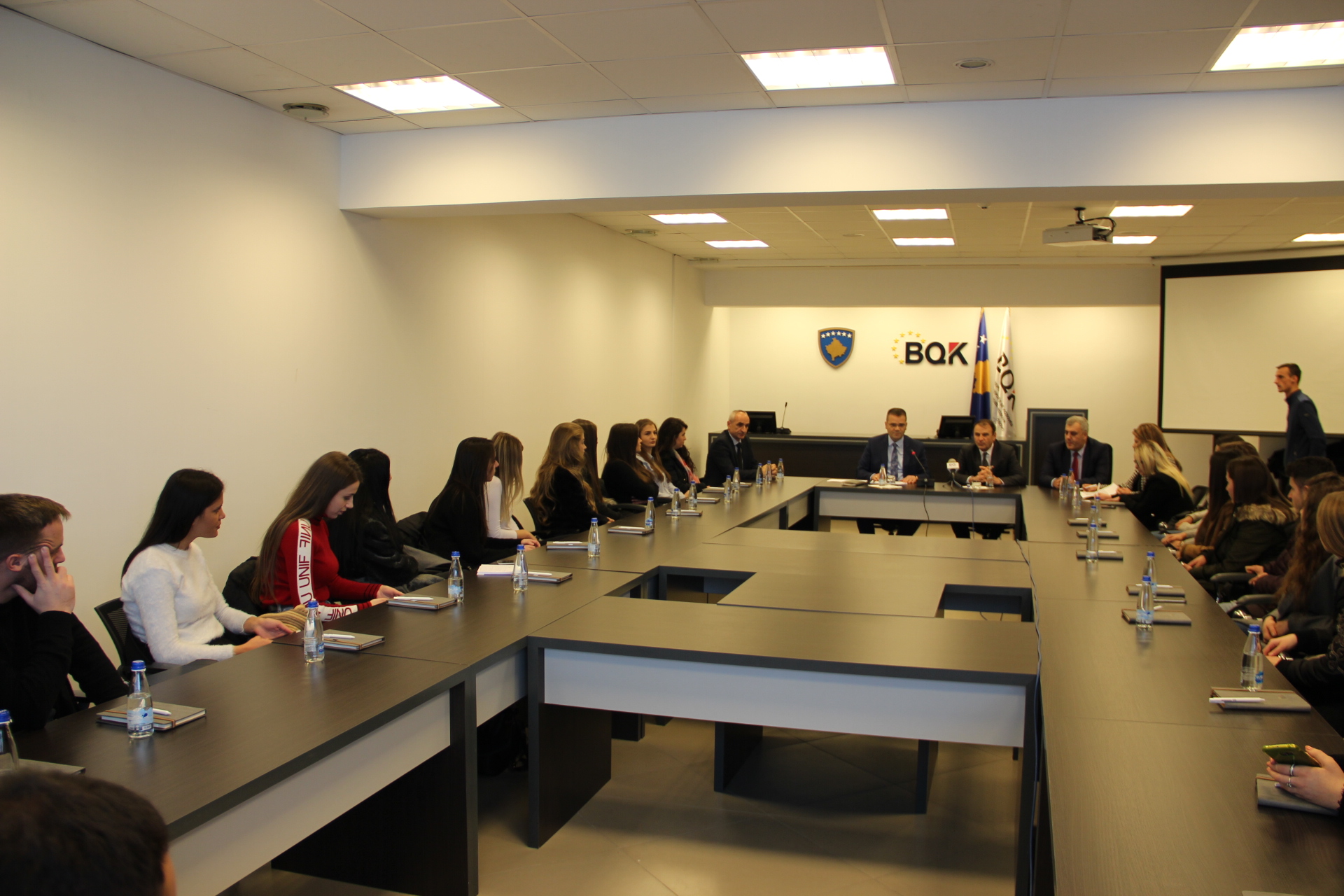 Governor Mehmeti mentioned as a positive development of this year the signing of the Memorandum of Understanding with the European Central Bank.

He stated that CBK's forecasts is that during the next year the economic growth rate will be 4.2%, which is the highest in comparison to all the countries in the region.

On the other hand, students of the University "Haxhi Zeka" expressed their interest in various developments in the sectors that are covered by the Central Bank of the Republic of Kosovo.

The managing staff of university, professors and students thanked Governor Mehmeti for hosting them in the meeting.