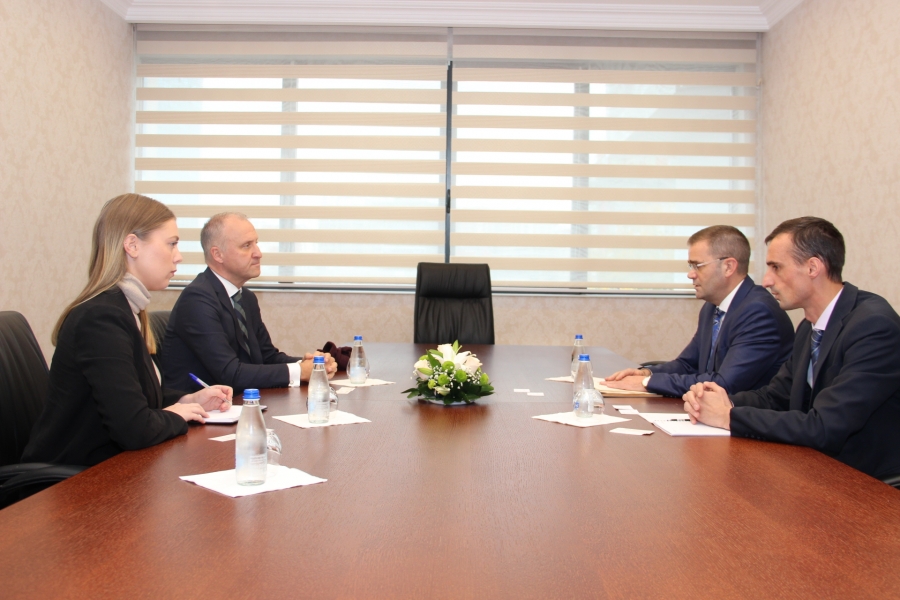 The Governor of the Central Bank of the Republic of Kosovo, Mr. Fehmi Mehmeti met with the Ambassador of the Kingdom of Norway, Mr. Jens Erik Grøndahl.

At this meeting, Governor Mehmeti briefed the Norwegian Ambassador on the latest economic developments, with particular emphasis on the country's financial and banking sector.

Governor Mehmeti said that this sector is continuing to perform well and with increasing its activity, is supporting the country's economic development. The Governor also noted that the insurance sector, pension funds, microfinance institutions and non-bank financial institutions have been characterized by positive performance.

On the other hand, the Ambassador, Mr. Jens Erik Grøndahl highly praised the work and commitment of the Central Bank of the Republic of Kosovo to keep the entire financial sector stable, and expressed its readiness to support the CBK.