The Governor of the Central Bank of the Republic of Kosovo, Mr. Fehmi Mehmeti attended the inauguration of the new Raiffeisen Bank head office

On this occasion, Governor Mehmeti said that Raiffeisen Bank has played a very important role in creating a safe and sound financial system, which has contributed to Kosovo's economic growth.

“Raiffeisen Bank has greatly contributed to the development of fair competition, continuous improvement of products and development of new products, by increasing access to finance, contributing to the development of trade relations with other countries, helping to attract more foreign investors and, as well, in improving the reputation of Kosovo in general. We are thankful for this. 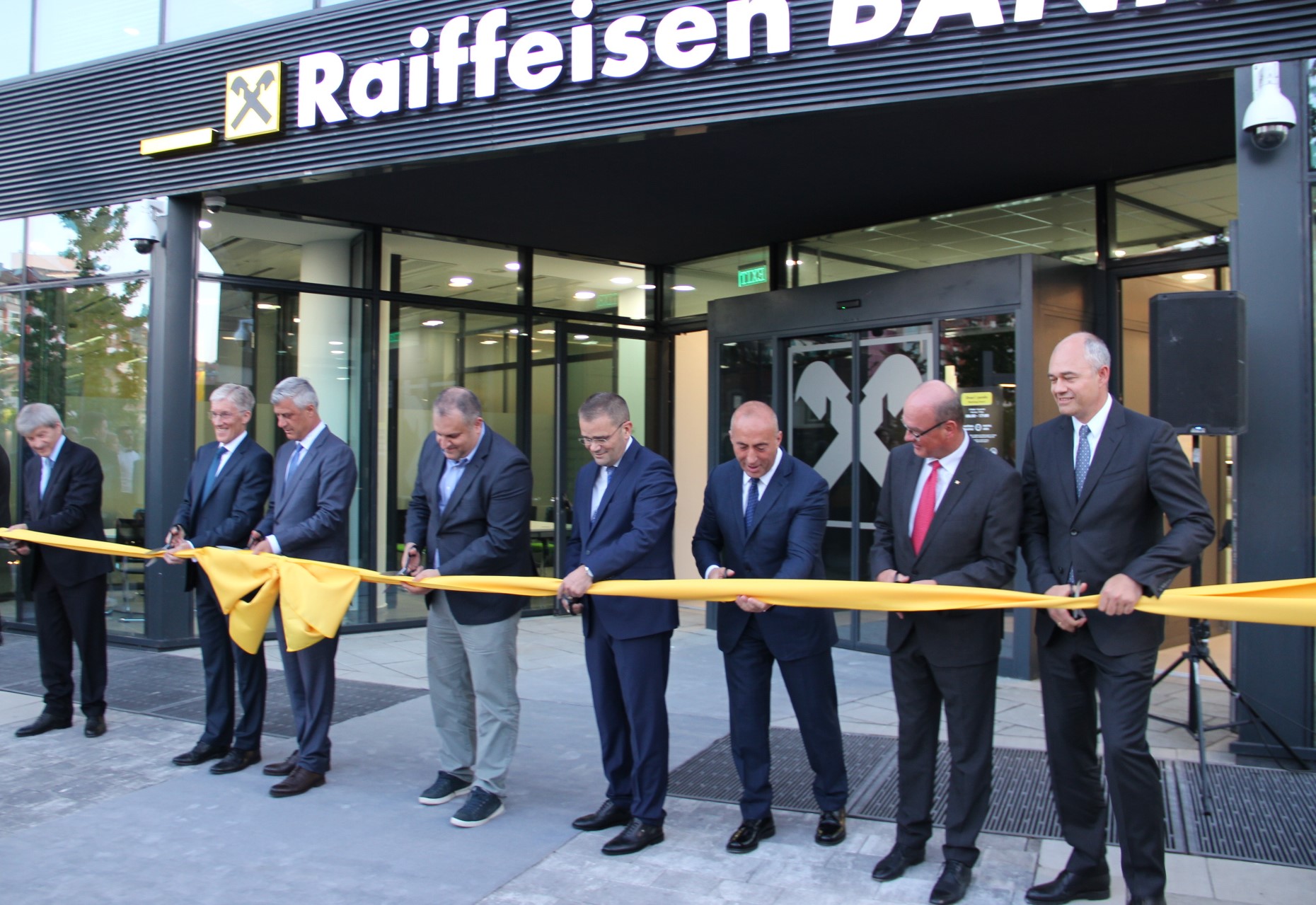 Raiffeisen Bank has also helped in the development of human capital, and continues to use the potential of our youth. Among other things, Raiffeisen Bank remains an example of a good employer, for which, we are all proud of.

The financial sector, according to the Governor Mehmeti, is a sector with great dynamic development and rapid changes in the economic environment that surrounds it, and that these financial systems of different countries are constantly integrating, and this requires increased cooperation between these countries.

The CBK remains committed to cooperating, with the aim of overcoming challenges in the future and integrating Kosovo's financial system into the systems of developed economies.

Banks in Kosovo, as in all other countries, have a special status in the economy. This status is associated with different regulatory requirements and greater requirements for social responsibility, and I am pleased to say that banks in Kosovo successfully meet these requirements.

Today in Kosovo our savings are safe and advancements in technology allow us to access them faster.

Banks are an example of success in Kosovo, so I urge them to promote their success even further, in order to attract and increase foreign investments in other sectors as well. This would impact the economic development that is most needed for financial stability, as well as the further advancement of the banking sector in which Raiffeisen Bank plays a very important role- said in the end, The Governor.