Governor Hamza received a delegation of the International Monetary Fond 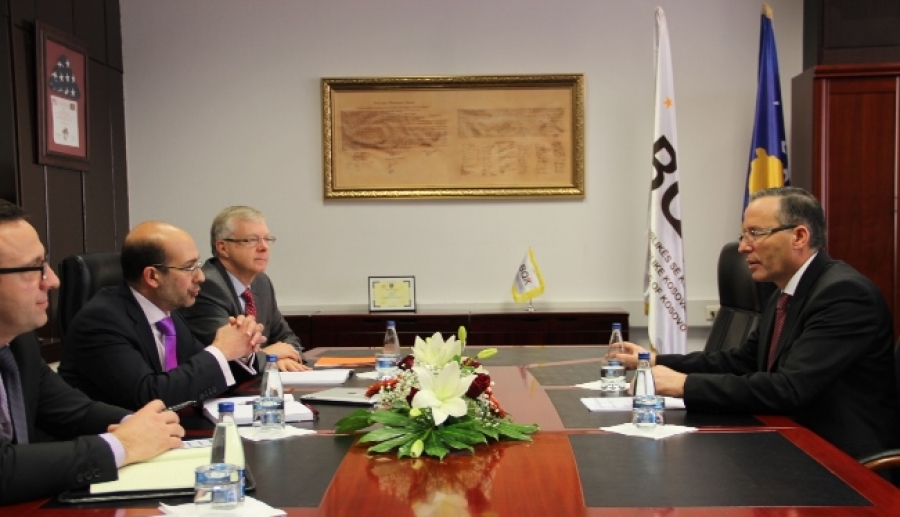 The Governor of the Central Bank of the Republic of Kosovo, Mr. Bedri Hamza, hosted a delegation of the IMF leaded by the Chief of the IMF Mission in Kosovo, Mr. Jacques Miniane, who was accompanied by the IMF Resident Representative in Kosovo Mr. Frank Lakwijk and their collaborators. By this occasion the Governor Hamza briefed the senior officials of the IMF with the latest developments of the Kosovo financial sector, emphasizing the sustainability and the positive performance of the banking sector in general.

During the meeting the interlocutors, in addition to general developments of the financial sector in the country, discussed the promotion of the up to date cooperation between the CBK and the International Monetary Fund.

It was also discussed about the implementation of technical assistance to the CBK and the continuing need for this support under development priorities set by the CBK. Mr. Jaques Miniane estimated the progress achieved and the good performance in the financial field. He has also evaluated the progress made in increasing the capacity and the efficient use of the technical assistance provided so far by offering to the Governor Hamza continuation of support for the Central Bank from the IMF in the future.

While the Governor Hamza expressed his gratitude to the International Monetary Fund regarding the precious support they have given and continue to give to the Central Bank and Kosovo at the same time.