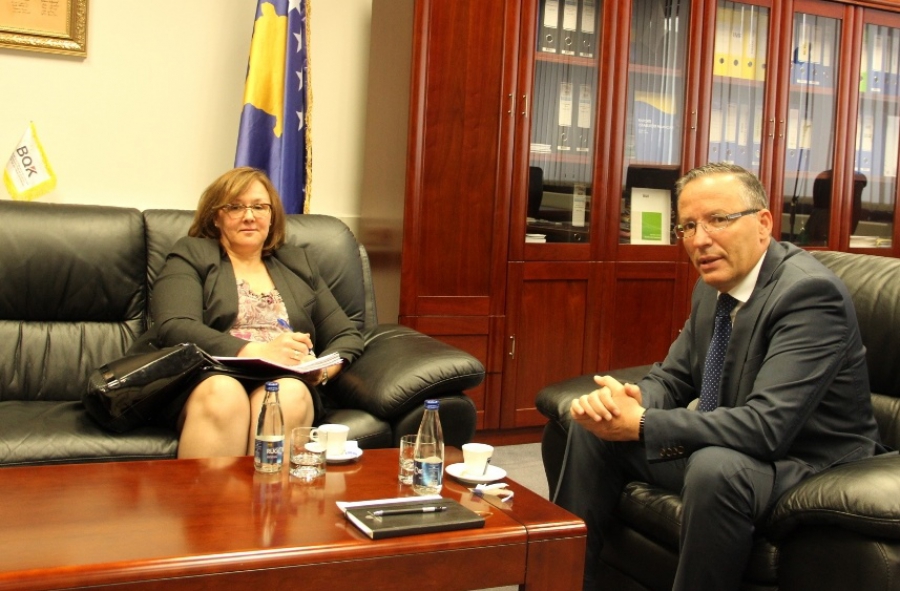 Head of the EBRD Office in Kosovo, Mrs. Elena Petrovska was welcomed in a meeting by the Governor of the Central Bank of the Republic of Kosovo Mr. Bedri Hamza.

Initially, Governor Hamza informed Mrs. Petrovska on current commitments of the CBK and financial sector and recent developments in the sector, adding that the sector continues to be highly stable and operates in full compliance with rules, laws and regulations in power. Regarding the good performance of this system always according to the Governor, a positive role on these positive results of the performance was played by EBRD in the form of its presence in equity participation in some of the banks of Kosovo.
While Ms. Petrovska, Resident Representative of the European Bank for Reconstruction and Development in Kosovo thanked the Governor for hosting her, and expressed his commitment to continue to provide assistance in the form of projects that will serve the development of Kosovo. She offered full support to the Governor for projects with special emphasis in the financial sector of Kosovo including the CBK.
At the end both parties expressed their commitment to continue and further develop ways of institutional cooperation between the CBK and the EBRD.