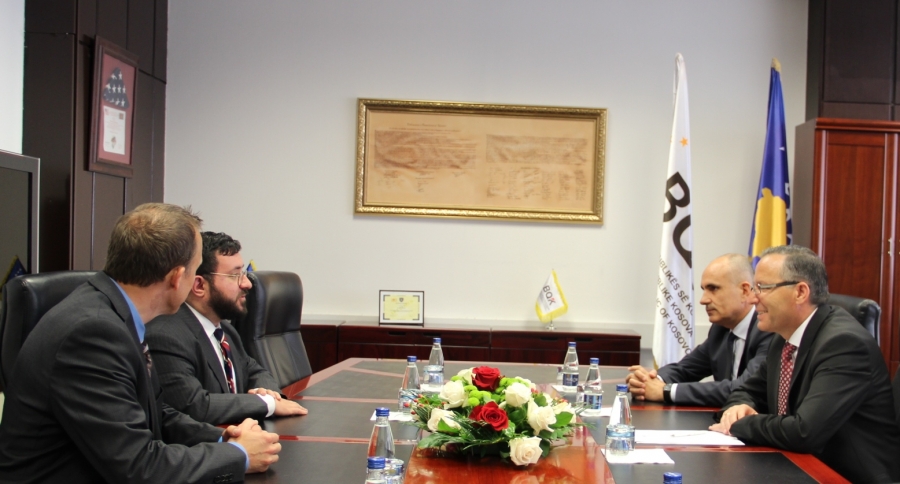 On this occasion, Governor Hamza, thanked Mr. Goodman for the ongoing support of American institutions to Kosovo, in particular the CBK, and informed him on the current economic and financial developments in the country, putting special emphasis on the performance of the banking system in Kosovo. In addition, Governor Hamza presented the main indicators of the financial sector in 2014, as well as this year's actual performance. On the other hand, Mr. Goodman, stated to the Governor, the commitment of the Department of State in supporting Kosovo's institutions, stressing out that this visit means further deepening of cooperation that will continue in the future in different forms. Discussers appreciated good performance of the financial system, stressing out the CBK readiness for further cooperation with institutions such as the State Department, the US Treasury, the US Embassy in Pristina, USAID and so on. Furthermore, it was a common conclusion that the focus of future commitments in the economic and financial field should be the strengthening of the country's production capacity.
At the end, Governor Hamza stated that the generous support of the American administration to Kosovo institutions, either as financial support or as technical assistance has played a decisive role in capacity building of institution, like in the CBK case.