Governor Hamza hosted a senior delegation from the Deutsche Bundesbank 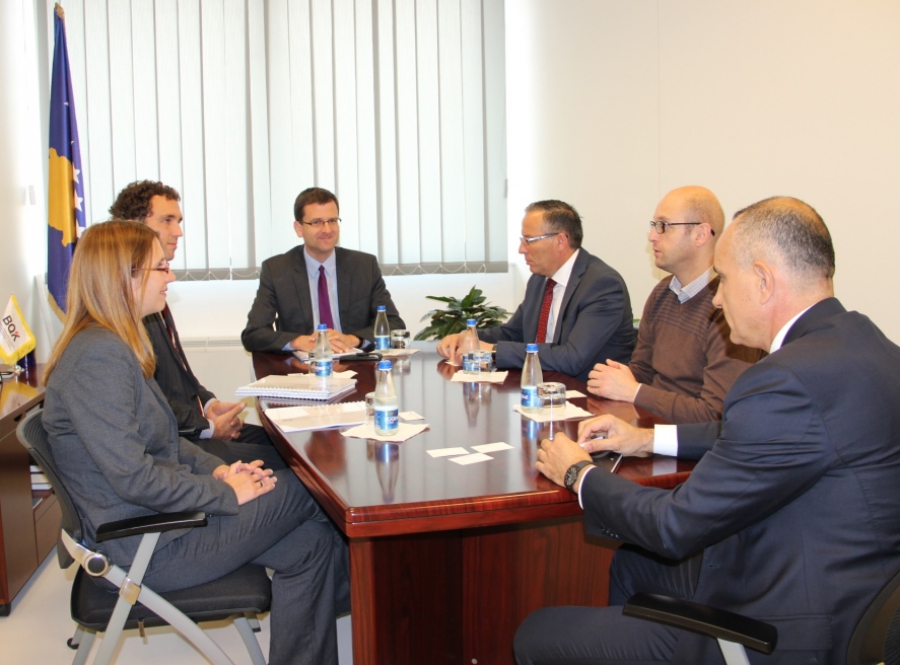 The Deutsche Bundesbank delegation is staying on a working visit at the Central Bank of Kosovo to discuss the best practices in reserve management, between the Republic of Kosovo and the Federal Republic of Germany.
The German delegation, today, was hosted by the Governor of the Central Bank of Kosovo Mr. Bedri Hamza and the Deputy Governor for Banking Operations Mr. Lulzim Ismajli.
Mr. Hamza informed the German delegation on the positive situation of financial sector. The discussion was focused especially on the reserve, liquidity and risk management as well as on the developments in the international financial markets.
Governor Hamza thanked the German delegation for the ongoing support to the state of Kosovo and especially for the support given to the Central Bank of Kosovo. Mr. Hamza asked the German delegation to provide the CBK staff with more opportunities to benefit from the experiences of experts from the Bundesbank, both in terms of staff training, as well as participation in conferences and symposia organized by the Bundesbank and the German country.
During their stay at the CBK, the Deutsche Bundesbank representatives discussed with the Asset Management Department representatives on the possibility for further cooperation in the field of reserve management and alternatives for investments in the following years, on the role of central banks as fiscal agents for the government, etc.