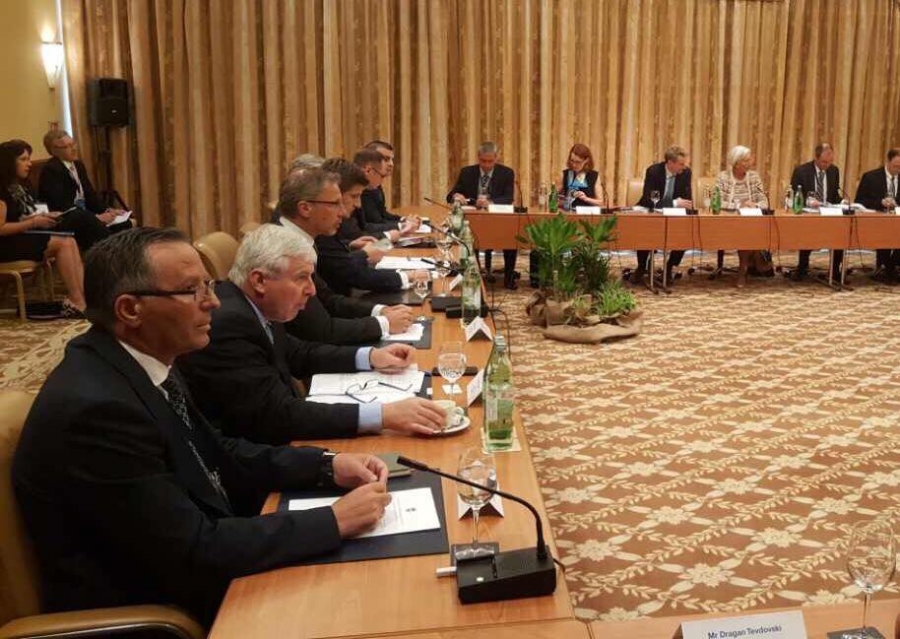 The Governor of the CBK, Mr. Bedri Hamza is attending a high-level conference organized by the International Monetary Fund (IMF) and Croatian National Bank (CNB), being held in the city of Dubrovnik. The conference main theme is “Accelerating Convergence in Central, Eastern, and South-eastern Europe ". In addition to the governors and ministers of finance of central, eastern and south-eastern European countries, the IMF Managing Director Christine Lagarde is also attending the conference.
Under the framework of the conference, Governor Hamza participated in a table of discussion with the IMF Managing Director Christine Lagarde in which he talked about the role of the IMF on the economic development of Kosovo. On this occasion, Governor Hamza emphasized that IMF assistance has been significant in the function of developing structural reforms, drafting modern legislation in the field of economy and finance and enhance of human capacity building through technical assistance. He didn’t forget to mention also the financial assistance, and asked at the same time greater consistency on IMF views.