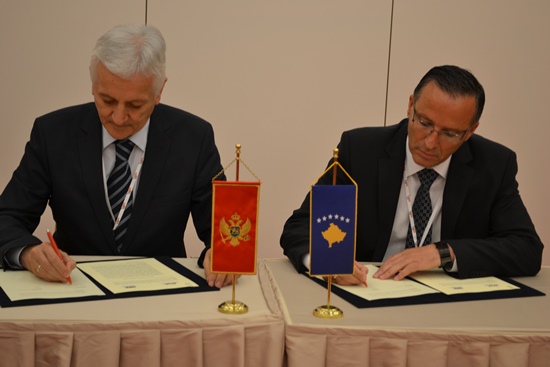 Governor of the Central Bank of the Republic of Kosovo, Mr. Bedri Hamza is participating to the Summit of Ministers of Finance and Governors of Central Banks of the countries of the region, which is being held in Montenegro from 12 to 14 June 2014. The theme of the Summit is "The Financial Future of the Region". In the framework of the Panel of Governors, Governor Hamza gave a speech regarding to the state and challenges of the Financial System in Kosovo.

During this summit, Governor Hamza also had a special meeting with the Governor of the Central Bank of Montenegro, Mr.Milojica Dakic, With whom has signed a cooperation agreement.