The main aim on marking this week is to empower new generations so they would be on the cutting edge and be responsive and able to continuously develop and raise their economic knowledge.
Every year, various activities are organized in order to engage children and young people to learn how money works, including the way savings, money management, employment, being entrepreneurs, banks etc work.
With the right support in the education of the new generations will enable the establishment of financial knowledge in order to create a better life for them. 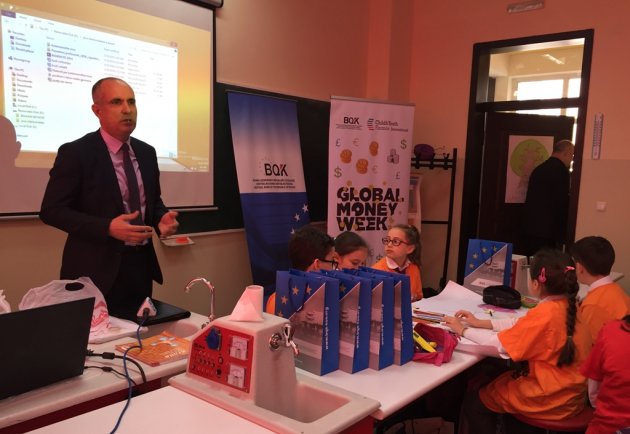 Within the implementation of the project on Financial Education Program, the CBK has consistently organized lecture sessions dedicated to primary school students in the country, with special emphasis on students from the fourth and fifth grade as well as for high school students.
Within the field of savings and financial education, in order to raise awareness of children, students and youth in general, every year, worldwide, is marked with different activities the campaign known as the "Global Money Week". Organizers of this activity are primarily the central banks of the respective countries. The first activity for this year under the Money Week campaign, CBK scored it in Prizren, more precisely in "Emin Duraku" elementary school, with students of grades IV and V. 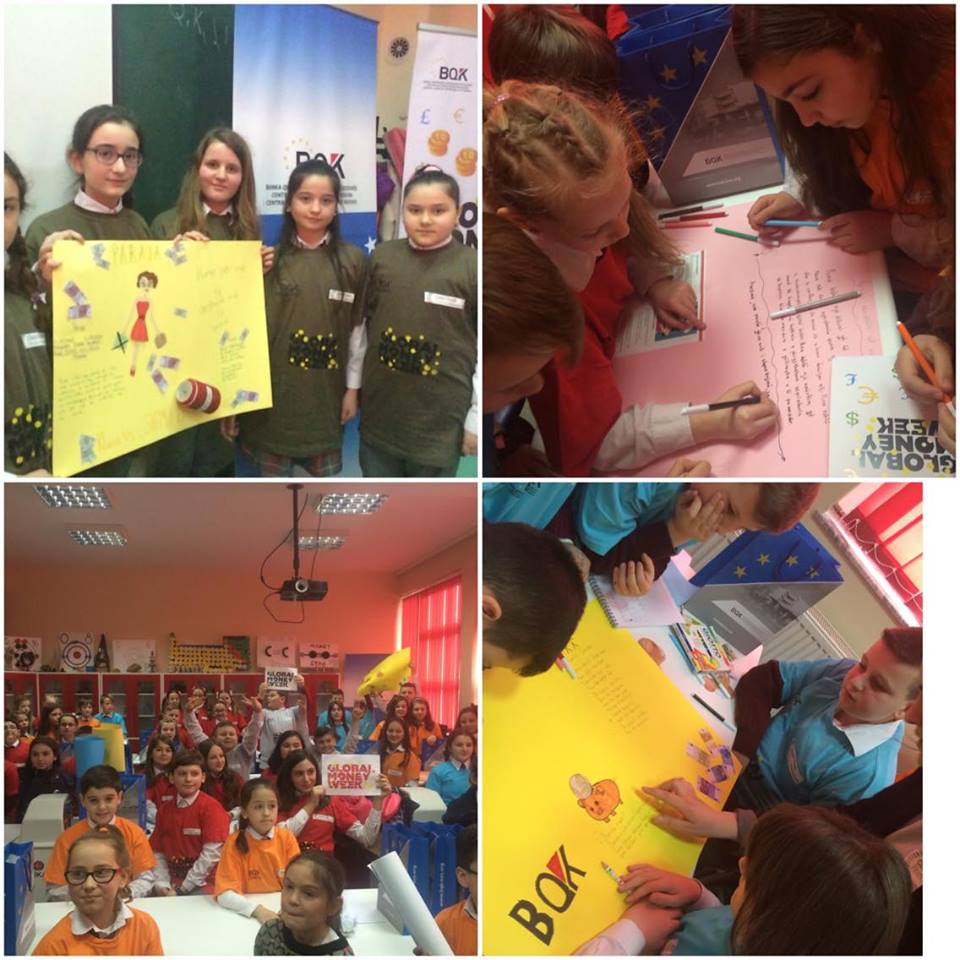 In this occasion, the CBK officials visited the "Emin Duraku" primary school in Prizren, where they explained to the students about money management, savings and the ways of identifying counterfeit banknotes. The Deputy Governor of the CBK, Lulzim Ismajli, explained to students the importance of activities on the occasion of marking the Global Money Week which is celebrated worldwide. This activity is organized in most countries of the world and is coordinated on a global level by the Financial Organization for Children and Youth (Child & Youth Finance International), a non-profit organization based in Amsterdam. As the Head of "Emin Duraku" elementary school Mr. Rrahim Bekteshi thanked the Deputy Governor Ismaili for choosing their school to launch activities marking the International Money Week.
The Senior Cash Operations officer at CBK, Mr. Islam Bahtiri, demonstrated to the students an example of how they can identify a fake banknote.
Among others, Mr. Bahtiri gave some information about the paper used for banknotes. As he explained, the original paper currency contains 95 percent pure cotton, other than false.
Further on Mr. Bahtiri recalled that since the time Euro currency is on used, three presidents of the World Bank were changed and each of them has left a signature on the euro banknotes. Currently, the euro currency is used in 18 countries.
Children of elementary school (4 th and 5 th grades) including Turkish minority children, have made numerous questions on the subject.

Divided into groups, they worked different activities: stories, poems, letters, illustrations, drama (dialogue), revealing their knowledge on how well to use the money. The works were intended to give educational messages about finances and banks.
The aim of the CBK is for the project in the field of education be expanded continuously in all primary schools, primary and secondary schools, high schools and colleges and universities across the country, by holding lectures, organizing quizzes, workshops and activities dealing with finance, with particular emphasis on the organization of diverse activities to include children, teaching them how to care about money and how to become part of the savings.
The organization "Child and Youth Finance International" is the bearer of these activities worldwide. Its member states are the central banks and other associations.
Activities to mark this week will take place during the week in schools and other educational institutions and will be marked throughout the country as by the above agenda:
March 15, 2016, at 10:00 Economic High School "Hasan Prishtina" in Mitrovica, will be held a lecture on money function, as well as a quizzes which will test financial and economic literacy to students (the quiz will be held at "Frang Bardhi School)
March 16, 2016, at 14:00 "Haxhi Zeka" University in Peja, will be held a lecture on "The corporate governance of financial institutions"
March 18, 2016, at 11:00 Faculty of Economics, University "Hasan Prishtina" in Pristina, will be held a lecture on "Development of market securities in the Republic of Kosovo", as well as an auction improvisation on "sale of securities".