The Governor of the Central Bank of the Republic of Kosovo, Fehmi Mehmeti, stated that the real growth rate in 2018 was 4%, while economic growth is expected to reach 4.2% in 2019.

At the year-end conference, Governor Mehmeti summarized the activities of the banking sector, which during this year was characterized by credit growth, improvement of conditions for private sector access to loans and further strengthening of the sustainability situation.
“Banking sector loans reached 2.7 billion Euros in October 2018, recording an annual growth of 11.6%. The main financing source of the banking sector activity consisted of deposits, the value of which during this period amounted to 3.2 billion Euros, representing an annual growth of 6.9%. Loan interest rates continued to decline, reaching 6.6% from 6.8% in the same period of the previous period, which reflects the continued easing of access to bank financing. Financial health indicators continued to show a high level of sustainability of this sector in all respects. Particularly noteworthy is the high loan portfolio quality with a non-performing loans ratio of only 2.7% in October 2018, which marked a further decline compared to 3.6% in the previous year,” said Governor Mehmeti.
According to the Governor, the factors with the highest impact on the financing of economic growth included, among others, the acceleration of the private sector credit growth, the increase of public expenditures, and the increase of remittances, which by September amounted to 587.9 million Euros, i.e. 6.1% higher when compared to the same period of the previous year. 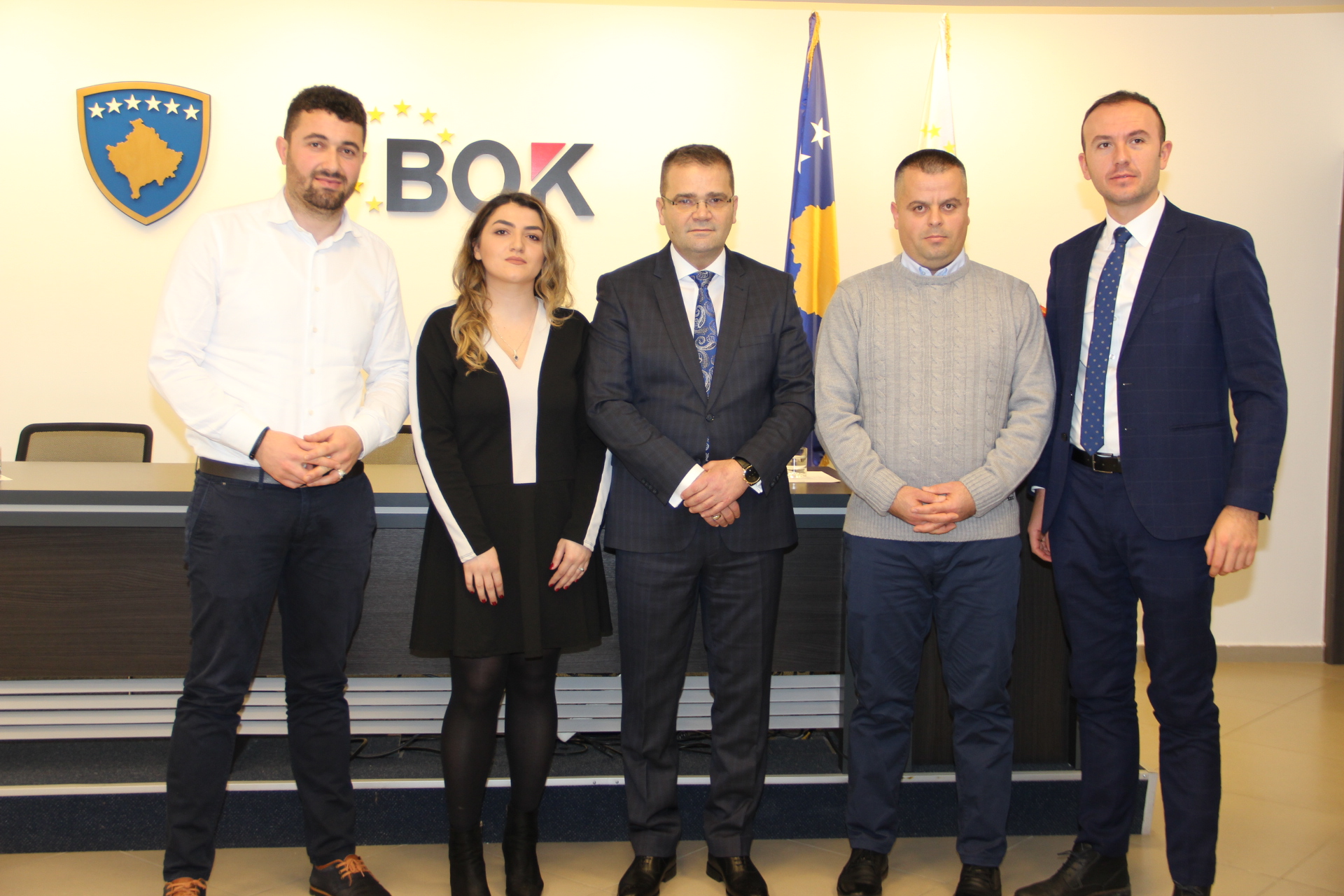 “Other sectors of the financial system were also characterized by favorable developments. The value of the pension sector assets amounted to 1.76 billion Euros in September 2018, marking an annual growth of 11.2%. The total value of written premium by insurance companies was 69.1 million Euros in September 2018, representing an annual growth of 4.8%. On the other hand, the value of paid damages amounted to 31.5 million Euros, marking an annual growth of 8.2%. The total value of loans issued by microfinance institutions reached 177.7 million Euros by October 2018, marking an annual growth of 29.1%. However, a decline in the current interest rate average of  23.1% would make this sector even more competitive and increase its role in supporting the country's economy,” elaborated Mehmeti.
The Governor of CBK, Fehmi Mehmeti, also mentioned the increased commitment of the CBK to protect the rights of financial service consumers, thus directly contributing to the public interest protection, which will increase during the following periods through financial education programs and corrective measures against financial institutions.
Addressing the media, Governor Mehmeti pointed out the regulatory framework harmonization with recent international developments in this area, more specifically in the European Union, and the drafting of various regulations, including those that advance various aspects of banking regulation such as Regulation on IFRS 9 Financial Instruments and Regulation on Non-Performing Loans and Restructuring. Further, Mehmeti talked about the CBK's commitment to increasing international cooperation, singling out the Agreement of Understanding with the European Central Bank, which paves the way for increased cooperation with this institution, and the granting of the international LEI code to the Republic of Kosovo, which ensures equitable treatment of the Central Bank of the Republic of Kosovo with other central banks in the execution of financial transactions.
At the end of the conference, the three winning papers of the “Young Economist” prize were announced. Jeton Zogjani won the first place with his paper “The Efficiency and Impact of Banking Electronic Services: Evidence for Kosovo”, Venera Ratkoceri won the second with her paper “The Effects of Remittances and Foreign Direct Investments in Economic Growth: Evidence from Albania”, while the third place was awarded to Bedri Hasanaj for his paper “Characteristics of Kosovo's Economic Growth in the Past Decade”.